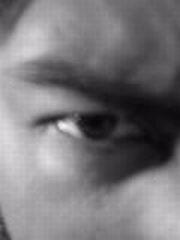 This will prevent Prithvi from sending you messages, friend request or from viewing your profile. They will not be notified. Comments on discussion boards from them will be hidden by default.
Sign in to Goodreads to learn more about Prithvi.

Prithvi Shams is currently reading
The Quest for the Origins of Vedic Culture: The Indo-Aryan Migration Debate
by Edwin F. Bryant
bookshelves: currently-reading

“And since we don't just forget things because they don't matter but also forget things because they matter too much-- because each of us remembers and forgets in a pattern whose labyrinthine windings are an identification mark no less distinctive than a fingerprint--it's no wonder that the shards of reality one person will cherish as a biography can seem to someone else who, say, happened to have eaten some ten thousand dinners at the very same kitchen table, to be a willful excursion into mythomania.”
― Philip Roth, American Pastoral
7 likes

“I tend to think of human beings as huge, rubbery test tubes, too, with chemical reactions seething inside. When I was a boy, I saw a lot of people with goiters. So did Dwayne Hoover, the Pontiac dealer who is the hero of this book. Those unhappy Earthlings had such swollen thyroid glands that they seemed to have zucchini squash growing from their throats.

All they had to do in order to have ordinary lives, it turned out, was to consume less than one-millionth of an ounce of iodine every day.

My own mother wrecked her brains with chemicals, which were supposed to make her sleep.

When I get depressed, I take a little pill, and I cheer up again.

So it is a big temptation to me, when I create a character for a novel, to say that he is what he is because of faulty wiring, or because of microscopic amounts of chemicals which he ate or failed to eat on that particular day.”
― Kurt Vonnegut, Breakfast of Champions
6 likes

Bangladesh — 1147 members — last activity Oct 20, 2020 07:28AM
Goodreads users from Bangladesh, who like to read, and like to discuss about the books they love.

Christopher Hitchens
author of: God Is Not Great: How Religion Poisons Everything

Michel Foucault
author of: Discipline and Punish: The Birth of the Prison
More…

Polls voted on by Prithvi