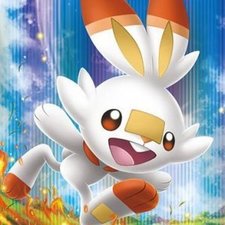 This will prevent Sophie from sending you messages, friend request or from viewing your profile. They will not be notified. Comments on discussion boards from them will be hidden by default.
Sign in to Goodreads to learn more about Sophie.

See all 354 books that Sophie is reading…

“The moment I put it in my mouth and bit down...
... an exquisite and entirely unexpected flavor exploded in my mouth!

It burst across my tongue, rushed up through my nose...
... and rose all the way up to my brain!"
"No! It can't be!"
"How is that possible?! Anyone with eyes can see there's nothing special to that dish! Its fragrance was entirely inferior to Asahi's dish from the get-go!"

"That there. That's what it is. I knew something wasn't right."
"Asahi?"
"Something felt off the instant the cloche was removed.
His dish is fried rice. It uses tons of butter, soy sauce and spices.
Yet it hardly had any aroma!"
"Good catch. The secret is in one of the five grand cuisine dishes I melded together...
A slightly atypical take on the French Oeuf Mayonnaise. ."
"Ouef Mayonnaise, or eggs and mayonnaise, is an appetizer you can find in any French bistro. Hard-boiled eggs are sliced, coated with a house-blend mayo and garnished with vegetables.
Though, in your dish, I can tell you chose very soft-boiled eggs instead.
Hm. Very interesting, Soma Yukihira.
He took those soft-boiled eggs and some homemade mayo and blended them into a sauce...... which he then poured over his steamed rice and tossed until each and every grain was coated, its flavor sealed inside!
To cook them so that each individual grain is completely covered...
... takes incredibly fast and precise wok handling over extremely high heat! No average chef could manage that feat!


"
" Whaaa?!
Ah! It's so thin I didn't notice it at first glance, but there it is, a very slight glaze!
That makes each of these grains of rice a miniature, self-contained Omurice!
The moment you bite into them, that eggy coating is broken...
... releasing all the flavors and aromas of the dish onto your palate in one explosive rush!"

No wonder! That's what entranced the judges. That sudden, powerful explosion of flavor!
"Yep! Even when it's served, my dish still hides its fangs. Only when you bite into it does it bite back with all it's got.
I call it my Odorless Fried Rice.”
― Yuto Tsukuda, 食戟のソーマ 36 [Shokugeki no Souma 36]

“Sometimes, the Best Adventures are the Ones We can only Dream about.”
― Wilbert Awdry, Your Favourite Thomas The Tank Engine Story Collection
tags: adventure, dream, railway, train
9 likes

“This rich pork flavor, which lands on the tongue with a thump...
It's Chinese Dongpo Pork! He seasoned pork belly with a blend of spices and let it marinate thoroughly...
... before finely dicing it and mixing it into the fried rice!"
"What? Dongpo Pork prepared this fast?! No way! He didn't have nearly enough time to simmer the pork belly!"


"Heh heh. Actually, there's a little trick to that.
I simmered it in sparkling water instead of tap water. The carbon dioxide that gives sparkling water its carbonation helps break down the fibers in meat. Using this, you can tenderize a piece of meat in less than half the normal time!"
"That isn't the only protein in this dish. I can taste the seafood from an Acqua Pazza too!"
"And these green beans... it's the Indian dish Poriyal!
Diced green beans and shredded coconut fried in oil with chilies and mustard seeds... it has a wonderfully spicy kick!"
"He also used the distinctly French Mirepoix to gently accentuate the sweetness of the vegetables.
So many different delicious flavors...
... all clashing and sparking in my mouth!
But the biggest key to this dish, and the core of its amazing deliciousness...
... is the
rice!"
"Hmph. Well, of course it is. The dish is fried rice. If the rice isn't the centerpiece, it isn't a..."
"I see. His dish is fried rice while simultaneously being something other than fried rice.
A rice lightly fried in butter before being steamed in some variety of soup stock...
In other words, it's actually closer to that famous staple from Turkish cuisine- a Pilaf!
In fact, it's believed the word "pilaf" actually comes from the Turkish word pilav.
To think he built the foundation of his dish on pilaf of all things!"
"Heh heh heh! Yep, that's right! Man, I've learned so much since I started going to Totsuki."
"Mm, I see! When you finished the dish, you didn't fry it in oil! That's why it still tastes so light, despite the large volume and variety of additional ingredients.
I could easily tuck away this entire plate!
Still... I'm surprised at how distinct each grain of rice is. If it was in fact steamed in stock, you'd think it'd be mushier."
"Ooh, you've got a discerning tongue, sir! See, when I steamed the rice...
... I did it in a Donabe ceramic pot instead of a rice cooker!"
Ah! No wonder! A Donabe warms slowly, but once it's hot, it can hold high temperatures for a long time!
It heats the rice evenly, holding a steady temperature throughout the steaming process to steam off all excess water. To think he'd apply a technique for sticky rice to a pilaf instead!
With Turkish pilaf as his cornerstone...
... he added super-savory Dongpo pork, a Chinese dish...
... whitefish and clams from an Italian Acqua Pazza...
... spicy Indian green bean and red chili Poriyal...
... and for the French component, Mirepoix and Oeuf Mayonnaise as a topping!
*Ouef is the French word for "egg."*
By combining those five dishes into one, he has created an extremely unique take on fried rice! "
"Hold it! Wait one dang minute! After listening to your entire spiel...
... it sounds to me like all he did was mix a bunch of dishes together and call it a day!
There's no way that mishmash of a dish could meet the lofty standards of the BLUE! It can't nearly be gourmet enough!"
"Oh, but it is.
For one, he steamed the pilaf in the broth from the Acqua Pazza...
... creating a solid foundation that ties together the savory elements of all the disparate ingredients!
The spiciness of the Poriyal could have destabilized the entire flavor structure...
... but by balancing it out with the mellow body of butter and soy sauce, he turned the Poriyal's sharp bite into a pleasing tingle!”
― Yuto Tsukuda, 食戟のソーマ 36 [Shokugeki no Souma 36]

“I see bacon, green peppers, mushrooms... those are all found in Napolitan Spaghetti. I guess instead of the standard ketchup, he's used curry roux for the sauce?
The noodles look similar to fettuccini."
"Hm. I'm not seeing anything else that stands out about it. Given how fun and amusing the calzone a minute ago was...
... the impact of this one's a lot more bland and boring..."
W-what the heck? Where did this heavy richness come from? It hits like a shockwave straight to the brain!
"Chicken and beef stocks for the base... with fennel and green cardamom for fragrance! What an excellent, tongue-tingling curry sauce! It clings well to the broad fettuccini noodles too!"
"For extra flavor is that... soy sauce?"
"No, it's tamari soy sauce!
Tamari soy sauce is richer and less salty than standard soy sauce, with a more full-bodied sweetness to it. Most tamari is made on Japan's eastern seaboard. "
"That's not all either! I'm picking up the mellow hints of cheese! But I'm not seeing a single shred of any kind of cheese in here. Where's it hiding?"
"Allow me to tell you, sir. First, look at the short edge of a noodle, please."
?! What on earth?!
This noodle's got three layers!"
"For the outer layers, I kneaded turmeric into the pasta dough. But for the inner layer, I added Parmesan cheese!"
"I see! It's the combination of the tamari soy sauce and the parmesan cheese that gives this dish its incredible richness!"
"Yeah, but wait a minute! If you go kneading cheese right into the noodles, wouldn't it just melt back out when you boiled them?"
No... that's why they're in three layers! With the cheese in the middle, the outer layers prevented it from melting out!
The deep, rich curry sauce, underscored with the flavor of tamari soy sauce...
... and the chewy noodles, which hit you with the mellow, robust taste of parmesan cheese with every bite!
Many people are familiar with the idea of coating cream cheese in soy sauce...
... but who would have thought parmesan cheese would match this well with tamari soy sauce! ”
― Yuto Tsukuda, 食戟のソーマ 7 [Shokugeki no Souma 7]
tags: cheese, curry, parmesan, pasta, soy-sauce, spaghetti, spices, takumi-aldini
1 likes

“I'm sorry, mom. I have some bad news. I guess I messed up somehow, somewhere along the way. I didn't manage to become a princess. I became a fujoshi instead.”
― Akiko Higashimura, Princess Jellyfish 2-in-1 Omnibus, Volume 1
tags: anime, fujo, fujoshi, japan, japanese, manga, nerd, nerdy, otaku, socially-awkward
1 likes

Manga Book Club — 11 members — last activity 12 hours, 45 min ago
A group for like minded people who enjoy or are looking to get into manga. We also talk about anime.

Boku No Hero Academia — 47 members — last activity 9 hours, 47 min ago
This is a place where you can roleplay as bnha characters and/or oc's in the bnha universe! It is also a place to discuss the manga and anime.
More of Sophie’s groups…

Jacqueline Wilson
author of: The Story of Tracy Beaker

Polls voted on by Sophie