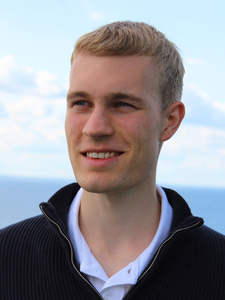 This will prevent Moritz from sending you messages, friend request or from viewing your profile. They will not be notified. Comments on discussion boards from them will be hidden by default.
Sign in to Goodreads to learn more about Moritz.

“The stories we create to understand ourselves become the narratives of our lives, explaining the accidents and choices that have brought us where we are: what I'm good at, what I care about most, and where I'm headed.”
― Peter C. Brown, Make It Stick: The Science of Successful Learning
tags: learning, success
2 likes

“When [what you are deeply passionate about, what you can be best in the world at and what drives your economic engine] come together, not only does your work move toward greatness, but so does your life. For, in the end, it is impossible to have a great life unless it is a meaningful life. And it is very difficult to have a meaningful life without meaningful work. Perhaps, then, you might gain that rare tranquility that comes from knowing that you’ve had a hand in creating something of intrinsic excellence that makes a contribution. Indeed, you might even gain that deepest of all satisfactions: knowing that your short time here on this earth has been well spent, and that it mattered.”
― Jim Collins, Good to Great: Why Some Companies Make the Leap... and Others Don't
tags: business, inspirational
127 likes

“The mass-man would never have accepted authority external to himself had not his surroundings violently forced him to do so. As to-day, his surroundings do not so force him, the everlasting mass-man, true to his character, ceases to appeal to other authority and feels himself lord of his own existence. On the contrary the select man, the excellent man is urged, by interior necessity, to appeal from himself to some standard beyond himself, superior to himself, whose service he freely accepts...Contrary to what is usually thought, it is the man of excellence, and not the common man who lives in essential servitude. Life has no savour for him unless he makes it consist in service to something transcendental. Hence he does not look upon the necessity of serving as an oppression. When, by chance, such necessity is lacking, he grows restless and invents some new standard, more difficult, more exigent, with which to coerce himself. This is life lived as a discipline — the noble life.”
― José Ortega y Gasset, The Revolt of the Masses
tags: noble-life, service, the-masses, transcendence
10 likes

“What would you do if you weren't afraid?”
― Sheryl Sandberg, Lean In: Women, Work, and the Will to Lead
tags: business, career, inspirational, self-help, self-help-women, women
612 likes

Polls voted on by Moritz