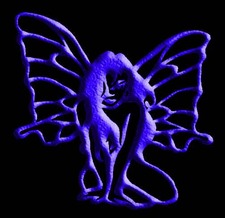 This will prevent midnightfaerie from sending you messages, friend request or from viewing your profile. They will not be notified. Comments on discussion boards from them will be hidden by default.
Sign in to Goodreads to learn more about midnightfaerie.

midnightfaerie is currently reading
How Not to Die: Discover the Foods Scientifically Proven to Prevent and Reverse Disease
by Michael Greger (Goodreads Author)
bookshelves: currently-reading

See all 11 books that midnightfaerie is reading…

“Writing is the dragon that lives underneath my floorboards. The one I incessantly feed for fear it may turn and devour my ass. Writing is the friend who doesn't return my phone calls; the itch I'm unable to scratch; a dinner invitation from a cannibal; elevator music for a narcoleptic. Writing is the hope of lifting all boats by pissing in the ocean. Writing isn't something that makes me happy like a good cup of coffee. It's just something I do because not writing, as I've found, is so much worse.”
― Quentin R. Bufogle
tags: writer-s-pain, writer-s-philosophy, writer-s-voice, writers-on-writing, writers-quotes, writers-world, writing, writing-process
77 likes

“How to Leave the Planet

1. Phone NASA. Their phone number is (713) 483-3111. Explain that it’s very important that you get away as soon as possible.
2. If they do not cooperate, phone any friend you may have in the White House—(202) 456-1414—to have a word on your behalf with the guys at NASA.
3. If you don’t have any friends in the White House, phone the Kremlin (ask the overseas operator for 0107-095-295-9051). They don’t have any friends there either (at least, none to speak of), but they do seem to have a little influence, so you may as well try.
4. If that also fails, phone the Pope for guidance. His telephone number is 011-39-6-6982, and I gather his switchboard is infallible.
5. If all these attempts fail, flag down a passing flying saucer and explain that it’s vitally important that you get away before your phone bill arrives.”
― Douglas Adams

“People who live in glass houses should shut the fuck up.”
― Ernest Cline, Ready Player One
tags: anorak-s-almanac
860 likes

“You'd be amazed how much research you can get done when you have no life whatsoever.”
― Ernest Cline, Ready Player One
tags: research
653 likes

“As with most things, my approach to writing has been entirely ass-backwards. I first had to become everything but a writer -- exhaust all possibilities. I had to come to it on my knees. Only when there was truly nothing left, was I able to become a writer.”
― Quentin R. Bufogle
tags: writing
37 likes

Matthew Iden
author of: The Winter Over

Most Beautiful YA Covers of 2014

Polls voted on by midnightfaerie