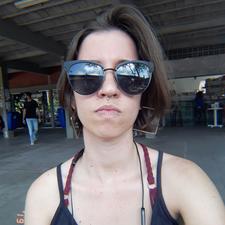 This will prevent Giovanna from sending you messages, friend request or from viewing your profile. They will not be notified. Comments on discussion boards from them will be hidden by default.
Sign in to Goodreads to learn more about Giovanna.

Giovanna Andrade is currently reading
Getting to Yes: Negotiating Agreement Without Giving In
by Roger Fisher
bookshelves: currently-reading

Giovanna Andrade is currently reading
Black Box Thinking: Why Some People Never Learn from Their Mistakes - But Some Do
by Matthew Syed
bookshelves: currently-reading

“Be who you are and say what you feel, because those who mind don't matter, and those who matter don't mind.”
― Bernard M. Baruch
tags: ataraxy, be-yourself, confidence, fitting-in, individuality, misattributed-dr-seuss, those-who-matter
120620 likes

“Without music, life would be a mistake.”
― Friedrich Nietzsche, Twilight of the Idols
tags: inspirational, music, philosophy
66931 likes

“Make it a rule never to give a child a book you would not read yourself.”
― George Bernard Shaw
tags: books, children
7784 likes

Giovanna hasn't connected with her friends on Goodreads, yet.

Polls voted on by Giovanna