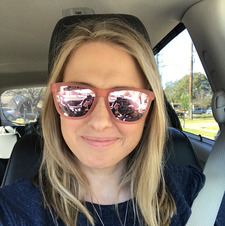 This will prevent Kathleen from sending you messages, friend request or from viewing your profile. They will not be notified. Comments on discussion boards from them will be hidden by default.
Sign in to Goodreads to learn more about Kathleen.

“The New Testament called it salvation or enlightenment, the Twelve Step Program called it recovery. The trouble is that most Christians pushed this great liberation off into the next world, and many Twelve Steppers settled for mere sobriety from a substance instead of a real transformation of the self. We have all been the losers, as a result—waiting around for “enlightenment at gunpoint” (death) instead of enjoying God’s banquet much earlier in life.”
― Richard Rohr, Breathing Underwater
5 likes

“And to be fully honest, I think your heart needs to be broken, and broken open, at least once to have a heart at all or to have a heart for others.”
― Richard Rohr, Breathing Under Water: Spirituality and the Twelve Steps
0 likes

“It seems we are not that free to be honest, or even aware, because most of our garbage is buried in the unconscious. So it is absolutely essential that we find a spirituality that reaches to that hidden level. If not, nothing really changes.”
― Richard Rohr, Breathing Underwater: Spirituality and the 12 Steps
3 likes

“Be patient toward all that is unsolved in your heart and try to love the questions themselves, like locked rooms and like books that are now written in a very foreign tongue. Do not now seek the answers, which cannot be given you because you would not be able to live them. And the point is, to live everything. Live the questions now. Perhaps you will then gradually, without noticing it, live along some distant day into the answer.”
― Rainer Maria Rilke
tags: ambiguity, virtue
5006 likes

“We suffer to get well. We surrender to win. We die to live. We give it away to keep it.”
― Richard Rohr, Breathing Underwater
5 likes

Kathleen's Postal Book Club — 10 members — last activity Aug 01, 2016 07:10AM
Just a place for us to discuss the books from our book club and share other recommendations.

Polls voted on by Kathleen