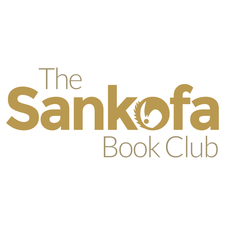 The Sankofa Book Club is currently reading
One Day I Will Write About This Place: A Memoir
by Binyavanga Wainaina
bookshelves: currently-reading

“The things my brother read shaped him; they became his visions. He believed in them. I have now come to know that what one believes often becomes permanent, and what becomes permanent can be indestructible.”
― Chigozie Obioma, The Fishermen
2 likes

“This is one of the consequences of a superior education, you see. In this independent, hundred-per-cent-empowered and fully and totally indigenous blacker-than-black country, a superior education is one that the whites would value, and as whites do not value local languages at the altar of what the whites deem supreme. So it was in colonial times, and so it remains, more than thirty years later.”
― Petina Gappah, The Book of Memory
tags: africa, african-languages, colonialism, dialect, education, language, local-languages, miseducation, race, shona, white-wash, zimbabwe
0 likes

“English, although the official language of Nigeria, was a formal language with which strangers and non-relatives addressed you. It had the potency of digging craters between you and your friends or relatives if one of you switched to using it.”
― Chigozie Obioma, The Fishermen
tags: english, english-language, language, nigeria, nigerian-authors
1 likes

“I once heard that when fear takes possession of the heart of a person, it diminishes them”
― Chigozie Obioma, The Fishermen
8 likes

“I'd heard someone say that the end of most things often bears a resemblance - even if faint - to their beginnings”
― Chigozie Obioma, The Fishermen
3 likes

People The Sankofa ... is Following

Polls voted on by The Sankofa Book Club