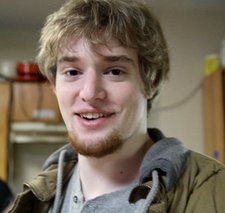 This will prevent Donald from sending you messages, friend request or from viewing your profile. They will not be notified. Comments on discussion boards from them will be hidden by default.
Sign in to Goodreads to learn more about Donald.

Donald Guy is currently reading
Why We Sleep: Unlocking the Power of Sleep and Dreams
by Matthew Walker
bookshelves: currently-reading

Donald Guy is currently reading
Quarks to Culture: How We Came to Be
by Tyler Volk
bookshelves: currently-reading

“Roberts and Kyllonen (1999) explored the relation of morningness to cognitive ability. Using 420 U.S. Air Force recruits in the sixth week of basic training, they found that cognitive ability was positively correlated with eveningness and negatively correlated with morningness. They cite Sternberg’s doctrine that flexibility is associated with intelligence, and that adapting to the electrically lighted evening hours would be an example of such flexibility. Interesting, that those of us who, evolutionarily speaking, have adapted to become night owls, and not rigidly adhered to thousands of years of early to rise, early to bed routine, show greater signs of intelligence.”
― Pierce Howard, Sleep: The Owner's Manual
0 likes

“Allow your attention to gently alight on your belly, as if you were coming upon a shy animal sunning itself on a tree stump in a clearing in the forest. Feel your belly rise or expand gently on the inbreath, and fall or recede on the outbreath.”
― Jon Kabat-Zinn, Full Catastrophe Living (Revised Edition): Using the Wisdom of Your Body and Mind to Face Stress, Pain, and Illness
5 likes

“Physics is thus a creative work of abstraction, far from the theory of everything that is sometimes claimed. For about a century, then, determinism was assumed to exist and to be the first requirement to be able to exert precise control over the world. This has come to dominate our cultural attitudes towards control. Today, determinism is known to be fundamentally false, and yet the illusion of determinism is still clung onto with fervour in our human world of bulk materials, artificial environments, computers and information systems.”
― Mark Burgess, In Search of Certainty: The Science of Our Information Infrastructure
0 likes

“By repeatedly bringing your attention back to the breath each time it wanders off, concentration builds and deepens, much as muscles develop by repetitively lifting weights.”
― Jon Kabat-Zinn, Full Catastrophe Living (Revised Edition): Using the Wisdom of Your Body and Mind to Face Stress, Pain, and Illness
10 likes

“known as the five ‘hindrances’ (nīvaraṇa): sensual desire, ill-will, tiredness and sleepiness, excitement and depression, and doubt. An ancient simile compares the mind that is continually prey to the five hindrances to a bowl of water disturbed or contaminated in five ways: mixed with red dye, steaming hot, full of moss and leaves, ruffled by the wind, muddied and in a dark place.”
― Rupert Gethin, The Foundations of Buddhism
0 likes

Polls voted on by Donald