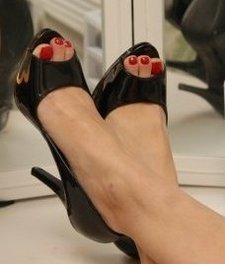 Jessica Land is currently reading
Sephora: The Ultimate Guide to Makeup, Skin, and Hair from the Beauty Authority
by Melissa Schweiger
bookshelves: currently-reading

“When you are mad, mad like this, you don't know it. Reality is what you see. When what you see shifts, departing from anyone else's reality, it's still reality to you.”
― Marya Hornbacher, Madness: A Bipolar Life
tags: bipolar-disorder, madness, manic-depression, mental-illness, reality
459 likes

“Knowledge is not made for understanding; it is made for cutting.”
― Michel Foucault
tags: knowledge, power
43 likes

“There are women in my closet, hanging on the hangers. a different woman for each suit, each dress, each pair of shoes. I hoard clothes. My makeup spills from the bathroom drawers, and there are different women for different lipsticks.”
― marya hornbacher
tags: closet, clothes
62 likes

“Calling sex by its name thereafter [the 17th c.] became more difficult and more costly. As if in order to gain mastery of it in reality, it had first been necessary to subjugate it at the level of language, control its free circulation in speech, expunge it from the things that were said, and extinguish the words that rendered it too visibly present. ”
― Foucault Michel
tags: censorship, foucault, history, philosophy, sex, the-history-of-sexuality
49 likes

“The object of this Essay is to assert one very simple principle, as entitled to govern absolutely the dealings of society with the individual in the way of compulsion and control, whether the means used be physical force in the form of legal penalties, or the moral coercion of public opinion. That principle is, that the sole end for which mankind are warranted, individually or collectively in interfering with the liberty of action of any of their number, is self-protection. That the only purpose for which power can be rightfully exercised over any member of a civilized community, against his will, is to prevent harm to others. His own good, either physical or moral, is not a sufficient warrant. He cannot rightfully be compelled to do or forbear because it will be better for him to do so, because it will make him happier, because, in the opinions of others, to do so would be wise, or even right. These are good reasons for remonstrating with him, or reasoning with him, or persuading him, or entreating him, but not for compelling him, or visiting him with any evil, in case he do otherwise. To justify that, the conduct from which it is desired to deter him must be calculated to produce evil to someone else. The only part of the conduct of any one, for which he is amenable to society, is that which concerns others. In the part which merely concerns himself, his independence is, of right, absolute. Over himself, over his own body and mind, the individual is sovereign.”
― John Stuart Mill, On Liberty
tags: ethics, force, happiness, harm, harm-principle, law, liberty, morality, obligation, prevention, principle, rights, sovereignty
76 likes

Geoffrey Wood
author of: Issues in Monetary Policy: The Relationship Between Money and the Financial M...
More…