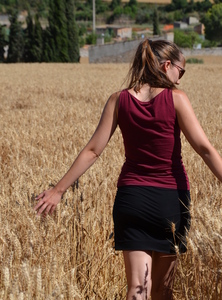 This will prevent Catherine from sending you messages, friend request or from viewing your profile. They will not be notified. Comments on discussion boards from them will be hidden by default.
Sign in to Goodreads to learn more about Catherine.

See all 8 books that Catherine is reading…

“...no one is able to produce a great work of art without experience, nor achieve a worldly position immediately, nor be a great lover at the first attempt; and in the interval between initial failure and subsequent success, in the gap between who we wish one day to be and who we are at present, must come pain, anxiety, envy and humiliation. We suffer because we cannot spontaneously master the ingredients of fulfilment.”
― Alain de Botton, The Consolations of Philosophy
47 likes

“You are so anxious about the future that you do not enjoy the present. You therefore do not live in the present or the future. You live as if you are never going to die, and then die having never really lived.”
― Dalai Lama XIV
28 likes

“One of the parrots was very friendly with...Master of the Robes. He used to feed it nuts. As it nibbled from his fingers, he used to stroke its head, at which the bird appeared to enter a state of ecstasy. I very much wanted this kind of friendliness and several times tried to get a similar response, but to no avail. So I took a stick to punish it. Of course, thereafter it fled at the sight of me. This was a very good lesson in how to make friends: not by force but by compassion.”
― Dalai Lama XIV, Freedom in Exile: The Autobiography of the Dalai Lama
tags: friends, making-friends, parrots, punishment
2 likes

“There are some men who are counted great because they represent the actuality of their own age, and mirror it as it is. Such an one was Voltaire, of whom it was epigrammatically said: 'he expressed everybody's thoughts better than anyone.' But there are other men who attain greatness because they embody the potentiality of their own day and magically reflect the future. They express the thoughts which will be everybody's two or three centuries after them. Such as one was Descartes.”
― Thomas Henry Huxley
tags: descartes, expression, future, great, greatness, potential, rene-descartes, rené-descartes, science, voltaire
16 likes

“Not everything which happens to us occurs with reference to something about us.”
― Alain de Botton, The Consolations of Philosophy
19 likes

Polls voted on by Catherine