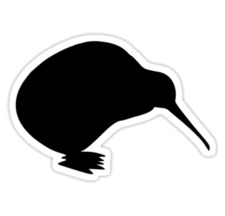 This will prevent Krazykiwi from sending you messages, friend request or from viewing your profile. They will not be notified. Comments on discussion boards from them will be hidden by default.
Sign in to Goodreads to learn more about Krazykiwi.

See all 5 books that Krazykiwi is reading…

“I am reading six books at once, the only way of reading; since, as you will agree, one book is only a single unaccompanied note, and to get the full sound, one needs ten others at the same time.”
― Virginia Woolf, The Letters of Virginia Woolf: Volume Three, 1923-1928
tags: reading
900 likes

“Because,” said Thor, “when something goes wrong, the first thing I always think is, it is Loki’s fault. It saves a lot of time.”
― Neil Gaiman, Norse Mythology
276 likes

“A preface is usually an excrescence on a good book, and a vain apology for a worthless one;”
― Dinah Maria Mulock
tags: prefaces
0 likes

“But—let me tell you my cat joke. It's very short and simple. A hostess is giving a dinner party and she's got a lovely five-pound T-bone steak sitting on the sideboard in the kitchen waiting to be cooked while she chats with the guests in the living room—has a few drinks and whatnot. But then she excuses herself to go into the kitchen to cook the steak—and it's gone. And there's the family cat, in the corner, sedately washing it's face."

"The cat got the steak," Barney said.

"Did it? The guests are called in; they argue about it. The steak is gone, all five pounds of it; there sits the cat, looking well-fed and cheerful. "Weigh the cat," someone says. They've had a few drinks; it looks like a good idea. So they go into the bathroom and weigh the cat on the scales. It reads exactly five pounds. They all perceive this reading and a guest says, "okay, that's it. There's the steak." They're satisfied that they know what happened, now; they've got empirical proof. Then a qualm comes to one of them and he says, puzzled, "But where's the cat?”
― Philip K. Dick, The Three Stigmata of Palmer Eldritch

Orinoco Womble (tidy bag and all)

Ursula K. Le Guin
author of: A Wizard of Earthsea

Polls voted on by Krazykiwi