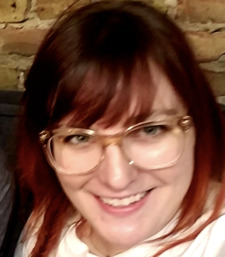 This will prevent Anne from sending you messages, friend request or from viewing your profile. They will not be notified. Comments on discussion boards from them will be hidden by default.
Sign in to Goodreads to learn more about Anne.

“Old stories are like old friends, she used to say. You have to visit them from time to time.”
― George R.R. Martin, A Storm of Swords
901 likes

“When you're five and you hurt, you make a big noise in the world. At ten you whimper. But by the time you make fifteen you begin to eat the poisoned apples that grow on your own inner tree of pain.”
― Stephen King, Rage
102 likes

“Cats were the gangsters of the animal world, living outside the law and often dying there. There were a great many of them who never grew old by the fire.”
― Stephen King, Pet Sematary
139 likes

“What's your name,' Coraline asked the cat. 'Look, I'm Coraline. Okay?'
'Cats don't have names,' it said.
'No?' said Coraline.
'No,' said the cat. 'Now you people have names. That's because you don't know who you are. We know who we are, so we don't need names.”
― Neil Gaiman, Coraline

Polls voted on by Anne