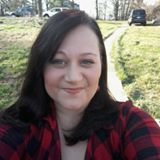 My True Love Gave To Me: Twelve Holiday Stories by Stephanie Perkins
1 note & 1 highlight
“You’re a kaleidoscope. You change every time I look away.”
Favorite line
Eirini and 1 other person liked this

“The trivia, the reading, the book club...they were simply weapons of self-defense.”
― Abbi Waxman, The Bookish Life of Nina Hill
2 likes

“There was always a choice.”
― Stephenie Meyer, Midnight Sun
12 likes

“Eva swung her legs over the side of her cot and stood up. Meryn did the same and now Eva was the one staring. "Where's the rest of you?"

Meryn crossed her arms. "Somewhere between 'fuck' and 'you', I think."

Eva chuckled. "I like you.”
― Alanea Alder, My Guardian

“Aiden what have you told this poor child? And let go of her arm, you'll pull it out of the socket like that." The woman admonished. Aiden immediately released her arm. Meryn eyed the woman with new respect, if she had Aiden hopping to, then maybe she could help her get out of here.

"She is a menace! She gave Colton a bloody lip, threw a lamp at me, knocked me unconscious with the back of my toilet, kicked me in the back of the head... twice and dented the roof of my trunk!" Meryn noticed that he roared the last grievance, trust a man to be more worried about his car than his possible concussion.

"And how did she dent the roof of your trunk?" Meryn heard the edge to the woman's voice and answered quickly hoping to garner sympathy for her situation.

"He threw me in the trunk of his car. I was kicking it from the inside trying to escape." She sniffed dramatically and glared at Aiden. She noticed that he had suddenly paled.

"Oh, son." The handsome older man covered his face with his hand and the woman stared at them in shock.

"You locked her in the trunk?!"

"She was kicking me." Aiden protested.

"She is human and half your size!"

"You don't understand, she is a terrorist!”
― Alanea Alder, My Commander

“If you're not scared, you're not brave.”
― Abbi Waxman, The Bookish Life of Nina Hill
tags: life-lessons
22 likes

Alanea Alder
author of: My Commander

Kiera Cass
author of: The Selection

Megan Miranda
author of: All the Missing Girls
More…