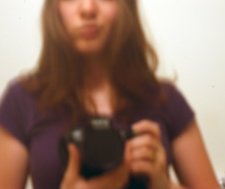 Erin is currently reading
Maybe You Should Talk to Someone: A Therapist, Her Therapist, and Our Lives Revealed
by Lori Gottlieb (Goodreads Author)
bookshelves: currently-reading

Erin is currently reading
The Myth of the Nice Girl: Achieving a Career You Love Without Becoming a Person You Hate
by Fran Hauser (Goodreads Author)
bookshelves: currently-reading

Erin is currently reading
Getting Past Your Past: Take Control of Your Life with Self-Help Techniques from EMDR Therapy
by Francine Shapiro
bookshelves: currently-reading

See all 6 books that Erin is reading…

“You have set yourselves a difficult task, but you will succeed if you persevere, and you will find a joy in overcoming obstacles. Remember, no effort that we make to attain something beautiful is ever lost. What I am looking for is not out there, it is in me.”
― Helen Keller
tags: effort, obstacles, perserverance
25 likes

“The American Constitution was carefully rigged by the noteholders, land speculators, rum runners, and slave holders who were the Founding Fathers, so that it would be next to impossible for upstart dirt farmers and indebted masses to challenge the various forms of private property held by these well read robber barons. Through this Constitution, the over-privileged attempted to rule certain topics out of order for proper political discussion. To bring these topics up in polite conversation was to invite snide invective, charges of personal instability, or financial ruin.”
― G. William Domhoff, Fat Cats & Democrats: The Role of the Big Rich in the Party of the Common Man
tags: constitution
3 likes

“Regardless of the advertising campaigns may tell us, we can't have it all. Sacrifice is not an option, or an anachronism; it's a fact of life. We all cut off our own limbs to burn on some altar. The crucial thing is to choose an altar that's worth it and a limb you can accept losing. To go consenting to the sacrifice.”
― Tana French, The Likeness
tags: sacrifice
63 likes

“I’m not interested in blind optimism, but I’m very interested in optimism that is hard-won, that takes on darkness and then says, ‘This is not enough.’ But it takes time, more time than we can sometimes imagine, to get there. And sometimes we don’t.”
― Colum McCann
tags: optimism
11 likes

“You're a watchful guy. you know where that comes from?" I shook my head. "It comes from feeling out of place," he said. "Believe me. I know.”
― Mohsin Hamid, The Reluctant Fundamentalist
46 likes

James Tiptree Jr.
author of: Her Smoke Rose Up Forever

Catherynne M. Valente
author of: The Girl Who Circumnavigated Fairyland in a Ship of Her Own Making

Naomi Klein
author of: The Shock Doctrine: The Rise of Disaster Capitalism
More…