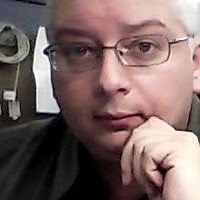 Jonathan Lupa is currently reading
A Bad Deal for the Whole Galaxy (The Salvagers #2)
by Alex White
bookshelves: currently-reading

See all 6 books that Jonathan is reading…

“It doesn't stop being magic just because you know how it works.”
― Terry Pratchett, The Wee Free Men
tags: technology, wonder
153 likes

“If you trust in yourself. . .and believe in your dreams. . .and follow your star. . . you'll still get beaten by people who spent their time working hard and learning things and weren't so lazy.”
― Terry Pratchett, The Wee Free Men
tags: aspiration, dream, work
1501 likes

“The Balrog reached the bridge. Gandalf stood in the middle of the span, leaning on the staff in his left hand, but in his other hand Glamdring gleamed, cold and white. His enemy halted again, facing him, and the shadow about it reached out like two vast wings. It raised the whip, and the thongs whined and cracked. Fire came from its nostrils. But Gandalf stood firm.

The Balrog made no answer. The fire in it seemed to die, but the darkness grew. It stepped forward slowly onto the bridge, and suddenly it drew itself up to a great height, and its wings were spread from wall to wall; but still Gandalf could be seen, glimmering in the gloom; he seemed small, and altogether alone: grey and bent, like a wizened tree before the onset of a storm.

From out of the shadow a red sword leaped flaming.

There was a ringing clash and a stab of white fire. The Balrog fell back and its sword flew up in molten fragments. The wizard swayed on the bridge, stepped back a pace, and then again stood still.

'You cannot pass!' he said.

With a bound the Balrog leaped full upon the bridge. Its whip whirled and hissed.

'He cannot stand alone!' cried Aragorn suddenly and ran back along the bridge. 'Elendil!' he shouted. 'I am with you, Gandalf!'

'Gondor!' cried Boromir and leaped after him.

At that moment Gandalf lifted his staff, and crying aloud he smote the bridge before him. The staff broke asunder and fell from his hand. A blinding sheet of white flame sprang up. The bridge cracked. Right at the Balrog's feet it broke, and the stone upon which it stood crashed into the gulf, while the rest remained, poised, quivering like a tongue of rock thrust out into emptiness.

With a terrible cry the Balrog fell forward, and its shadow plunged down and vanished. But even as it fell it swung its whip, and the thongs lashed and curled about the wizard's knees, dragging him to the brink. He staggered and fell, grasped vainly at the stone, and slid into the abyss. 'Fly, you fools!' he cried, and was gone.”
― J.R.R. Tolkien, The Fellowship of the Ring

“Two gin-scented tears trickled down the sides of his nose. But it was all right, everything was all right, the struggle was finished. He had won the victory over himself. He loved Big Brother.”
― George Orwell, 1984
34 likes

Brent Weeks
author of: The Way of Shadows