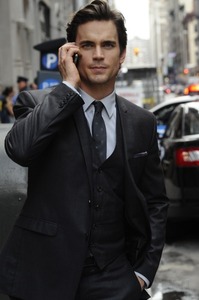 “Mom, I have to go. I think this Matt character is here."
"Are you sure it's him?"
Julie peered into the car as the window lowered. "I see a maniacal-looking guy with brightly-colored candy in one hand, and he's waving a sickle in the other. Oh! He's beckoning me to the car. This must be my ride.”
― Jessica Park, Flat-Out Love

“Blake took her face in his hands. “You let me touch you. Kiss you. Your skin? It feels like piano keys. My hands know just where to go.”
― Debra Anastasia, Poughkeepsie
tags: love, poughkeepsie, romance
59 likes

“I had one last try.
"Does it bother you that I'm not a virgin?" He hesitated a moment before answering.
"Well, no," he said slowly, "so long as it doesna bother you that I am." He grinned at my drop-jawed expression, and backed toward the door.
"Reckon one of us should know what they're doing," he said. The door closed softly behind him; clearly the courtship was over.”
― Diana Gabaldon, Outlander

“Julie crossed her arms. “I’m serious. Flat Finn can’t possibly go to school with her, right?”
“He already went to Brandeis so, no, he doesn’t need to repeat seventh grade. Although they did make him take a bunch of tests in order to qualify out. He barely passed the oral exams, though, because the instructors found him withholding and tight-lipped. It’s a terribly biased system, but at least he passed and won’t have to suffer through the school’s annual reenactment of the first Thanksgiving. He has a pilgrim phobia.”
“Funny. Really, what’s the deal with Flat Finn?”
“After an unfortunate incident involving Wile E. Coyote and an anvil, Three Dimensional Finn had to change his name.”
― Jessica Park, Flat-Out Love

“Julie swallowed. "Flat Finn is on Facebook?" She'd love to see those status updates. 'Got strapped to the roof of the car today for a trip to Starbucks. Would have loved to taste caramel mocha, but can't move arms and so was forced to stare longingly at delicious hot beverage. Will the taunting never end?”
― Jessica Park, Flat-Out Love
70 likes

People Terri ♥ (aka... is Following

Is It Just Me? Books You Disliked That Everyone Else Seems To Love

Polls voted on by Terri ♥ (aka Mrs. Christian Grey)