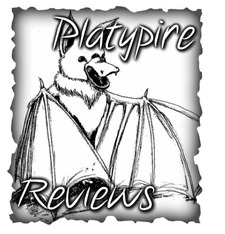 This will prevent Joood from sending you messages, friend request or from viewing your profile. They will not be notified. Comments on discussion boards from them will be hidden by default.
Sign in to Goodreads to learn more about Joood.

Fighting to Win (The Elite, #1) by Nicole Flockton
1 highlight
Mud stuck regardless of whether you’d been cleared of all allegations.
See Joood Hooligan’s 3 books with notes and highlights…

“I mean, at the end of the day, what the hell does it matter who I end up with if it can't be you?”
― Tabitha Suzuma, Forbidden
tags: heartbreak, hope, lochan, love, maya
1071 likes

“Sometimes people don't answer because they didn't hear you, Other times it's because they don't want to hear you!”
― Cynthia Lord, Rules
16 likes

“You see!" said a strained voice. Tonks was glaring at Lupin. "She still wants to marry him, even though he's been bitten! She doesn't care!"
"It's different," said Lupin, barely moving his lips and looking suddenly tense. "Bill will not be a full werewolf. The cases are completely-"
"But I don't care either, I don't care!" said Tonks, seizing the front of Lupin's robes and shaking them. "I've told you a million times...."
And the meaning of Tonk's Patronus and her mouse-colored hair, and the reason she had come running to find Dumbledore when she had heard a rumor someone had been attacked by Greyback, all suddenly became clear to Harry; it had not been Sirius that Tonks had fallen in love with after all.
"And I've told you a million times," said Lupin, refusing to meet her eyes, staring at the floor, "that I am too old for you, too poor....too dangerous...."
"I've said all along you're taking a ridiculous line on this, Remus," said Mrs. Weasley over Fleur's shoulder as she patted her on the back.
"I am not being ridiculous," said Lupin steadily. "Tonks deserves somebody young and whole."
"But she wants you," said Mr. Weasley, with a small smile. "And after all, Remus, young and whole men do not necessarily remain so."
He gestured sadly at his son, lying between them.
"This is....not the moment to discuss it," said Lupin, avoiding everybody's eyes as he looked around distractedly. "Dumbledore is dead...."
"Dumbledore would have been happier than anybody to think that there was a little more love in the world," said Professor McGonagall curtly...”
― J.K. Rowling, Harry Potter and the Half-Blood Prince

“I can win an argument on any topic, against any opponent. People know this, and steer clear of me at parties. Often, as a sign of their great respect, they don't even invite me.”
― Dave Barry
tags: humor, humour
175 likes

Razzlefraternizers' Reviewers — 12 members — last activity Jan 19, 2015 10:13PM
A place to discuss the books we read. There will be spoilers so only join if you have read the book.

Jon Messenger
author of: Wolves of the Northern Rift

S.K. Whiteside
author of: World of the Guardians, Volume I

Shirleen Davies
author of: Tougher Than The Rest

Nancy Springer
author of: The Case of the Missing Marquess
More…

Polls voted on by Joood