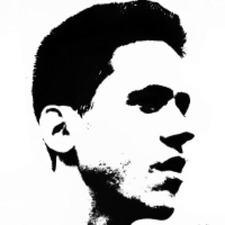 Aaron Brown is currently reading
How to Prove It: A Structured Approach
by Daniel J. Velleman
bookshelves: currently-reading

“A TV show comprises many departments—Costumes, Props, Talent, Graphics, Set Dressing, Transportation. Everyone in every department wants to show off their skills and contribute creatively to the show, which is a blessing. You’re grateful to work with people who are talented and enthusiastic about their jobs. You would think that as a producer, your job would be to churn up creativity, but mostly your job is to police enthusiasm. You may have an occasion where the script calls for a bran muffin on a white plate and the Props Department shows up with a bran cake in the shape of Santa Claus sitting on a silver platter that says “Welcome to Denmark.” “We just thought it would be funny.” And you have to find a polite way to explain that the character is Jewish, so her eating Santa’s face might have negative connotations, and the silver tray, while beautiful, is giving a weird glare on camera and maybe let’s go with the bran muffin on the white plate. And then sometimes Actors have what they call “ideas.” Usually it involves them talking more, or, in the case of more experienced actors, sitting more. When Actors have ideas it’s very important to get to the core reason behind their idea.”
― Tina Fey, Bossypants
14 likes

“If only it were all so simple! If only there were evil people somewhere insidiously committing evil deeds, and it were necessary only to separate them from the rest of us and destroy them. But the line dividing good and evil cuts through the heart of every human being. And who is willing to destroy a piece of his own heart?”
― Aleksandr Solzhenitsyn, The Gulag Archipelago 1918–1956
tags: black-and-white-thinking, evil, good, good-and-evil
1659 likes

“Gormenghast, that is, the main massing of the original stone, taken by itself would have displayed a certain ponderous architectural quality were it possible to have ignored the circumfusion of those mean dwellings that swarmed like an epidemic around its outer walls. They sprawled over the sloping arch, each one half way over its neighbour until, held back by the castle ramparts, the innermost of these hovels laid hold on the great walls, clamping themselves thereto like limpets to a rock. These dwellings, by ancient law, were granted this chill intimacy with the stronghold that loomed above them. Over their irregular roofs would fall throughout the seasons, the shadows of time-eaten buttresses, of broken and lofty turrets, and, most enormous of all, the shadow of the Tower of Flints. This tower, patched unevenly with black ivy, arose like a mutilated finger from among the fists of knuckled masonry and pointed blasphemously at heaven. At night the owls made of it an echoing throat; by day it stood voiceless and cast its long shadow.”
― Mervyn Peake, Titus Groan
tags: gormenghast
26 likes

“Our friends cannot understand why we make this voyage. They shudder, and moan, and raise their hands. No amount of explanation can make them comprehend that we are moving along the line of least resistance; that it is easier for us to go down to the sea in a small ship than to remain on dry land, just as it is easier for them to remain on dry land than to go down to the sea in the small ship. This state of mind comes of an undue prominence of the ego. They cannot get away from themselves. They cannot come out of themselves long enough to see that their line of least resistance is not necessarily everybody else’s line of least resistance. They make of their own bundle of desires, likes, and dislikes a yardstick wherewith to measure the desires, likes, and dislikes of all creatures. This is unfair. I tell them so. But they cannot get away from their own miserable egos long enough to hear me. They think I am crazy. In return, I am sympathetic. It is a state of mind familiar to me. We are all prone to think there is something wrong with the mental processes of the man who disagrees with us.”
― Jack London, The Cruise of the Snark
2 likes

“I found myself remembering the day in kindergarten when the teachers showed us Dumbo, and I realized for the first time that all the kids in the class, even the bullies, rooted for Dumbo, against Dumbo's tormentors. Invariably they laughed and cheered, both when Dumbo succeeded and when bad things happened to his enemies. But they're you, I thought to myself. How did they not know? They didn't know. It was astounding, an astounding truth. Everyone thought they were Dumbo.”
― Elif Batuman, The Idiot
107 likes

CFAR Book Club — 59 members — last activity Jun 19, 2016 08:14PM
A group for alumni and other members of the CFAR community share their reading lists and activity.