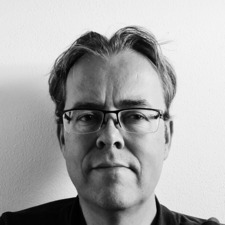 This will prevent Boudewijn from sending you messages, friend request or from viewing your profile. They will not be notified. Comments on discussion boards from them will be hidden by default.
Sign in to Goodreads to learn more about Boudewijn.

See all 4 books that Boudewijn is reading…

The Modern Mind: An Intellectual History of the 20th Century by Peter Watson
27 highlights
First, a hundred-plus years ago science was much more a disparate set of disciplines, and not yet concerned with fundamentals.
See Boudewijn’s 6 books with notes and highlights…

“In the room where the signing [of the surrender] was to take place the sole decorations were three flags upon the end wall: the Red Flag, the Union Jack and the Stars and Stripes. The French colours were nowhere to be seen. De Tassigny declared that France could not be represented at the ceremony without her flag alongside those of her Allies. But where could a French flag to be found?

The Russians decided to make one, with a piece of red stuff taken from a former Hitlerite banner, a white sheet and a piece of blue serge cut out of an engineer's overalls. Alas! Our tricolor was less familiar to the young Russian girls than the red flag to many French girls, for when a jeep brought along the flag that had been run op in this way we found a magnificient Dutch flag: the blue, white and red had been sewn not one beside the other but one above the other!”
― Barry Turner, Karl Doenitz and the Last Days of the Third Reich

“These were the kids destined to live the hardworking lives of their parents and take up their fathers' trades, the future farmers, homemakers and baby makers, if they could scoot through these few years of wild pounding hormones without getting hurt or hurting someone else. If they could keep out of jail for this short stretch, most would go on to be the spine of American society - fixing the cars, working the factories, growing the food and fighting the wars.”
― Bruce Springsteen, Born to Run
3 likes

“In the midst of Our great grief,’ announced Alexander III, ‘the voice of God bids Us to stand staunchly for government relying on God’s design with faith in the truth of autocratic power.”
― Simon Sebag Montefiore, The Romanovs: 1613-1918
1 likes

“If human beings were to sincerely exercise justice and humanity in their relations with one another, the horrors of war in all likelihood could be avoided, and even if a war unfortunately broke out, the victor would not become arrogant and the suffering of the losers would be alleviated immediately. A truly great cultural nation in the first requisite.”
― General Kawabe
0 likes

“If the German armies had disintegrated like Napoleon’s Grande Armée in the winter of 1941, and the Third Reich had sued for peace, most of the soldiers and civilians who were to die in the Second World War would have lived.”
― Nicholas Stargardt, The German War: A Nation Under Arms, 1939–1945
3 likes

Polls voted on by Boudewijn