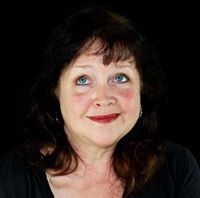 This will prevent Grace from sending you messages, friend request or from viewing your profile. They will not be notified. Comments on discussion boards from them will be hidden by default.
Sign in to Goodreads to learn more about Grace.

“Unburdening, she’d told Laurie about a vision she’d had when she was four or five years old. Unable to sleep on Christmas Eve, she’d tiptoed downstairs and seen a fat bearded man standing in front of her family’s tree, checking items off a list. He wasn’t wearing a red suit—it was more like a blue bus driver’s uniform—but she still recognized him as Santa Claus. She watched him for a while, then snuck back upstairs, her body filled with an ecstatic sense of wonder and confirmation. As a teenager, she convinced herself that the whole thing had been a dream, but it had seemed real at the time, so real that she reported it to her family the next morning as a simple fact. They still jokingly referred to it that way, as though it were a documented historical event—the Night Meg Saw Santa.”
― Tom Perrotta, The Leftovers
1 likes

Polls voted on by Grace