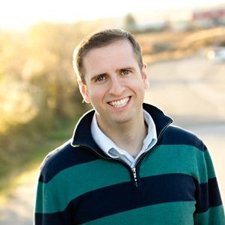 This will prevent Bret from sending you messages, friend request or from viewing your profile. They will not be notified. Comments on discussion boards from them will be hidden by default.
Sign in to Goodreads to learn more about Bret.

“The past depends on the angle from which it is seen and from which it has been lived”
― Eva Hoffman, Shtetl: The Life and Death of a Small Town and the World of Polish Jews
1 likes

“Badenhorst had perhaps been the most callous and barbaric commanding officer we had had on Robin Island. But that day, he had revealed that there was another side to his nature… it was a useful reminder that all men, even the most seemingly cold blooded, have a core of decency, and that if their hearts are touched, they are capable of changing. Ultimately, Badenhorst was not evil; his inhumanity had been foisted upon him by an inhuman system. He behaved like a brute because he was rewarded for brutish behavior.”
― Nelson Mandela
1 likes

“The American and British soldiers who liberated the dying inmates from camps in Germany believed that they had discovered the horrors of Nazism. The images their photographers and cameramen captured of the corpses and the living skeletons at Bergen-Belsen and Buchenwald seemed to convey the worst crimes of Hitler...this was far from the truth. The worst was in the ruins of Warsaw, or the fields of Treblinka, or the marshes of Belarus, or the pits of Babi Yar.”
― Timothy Snyder, Bloodlands: Europe Between Hitler and Stalin
tags: history, world-war-two
1 likes

Polls voted on by Bret