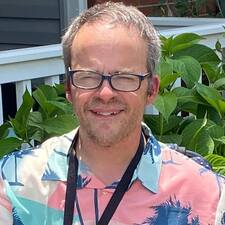 Brian Eshleman is currently reading
Empire of Things: How We Became a World of Consumers, from the Fifteenth Century to the Twenty-First
by Frank Trentmann
bookshelves: currently-reading

May you, Christian, touch transcendence even in the same chores you did yesterday, the same script you paced through previously."

Error rating book. Refresh and try again.
Rate this book
Clear rating
1 of 5 stars2 of 5 stars3 of 5 stars4 of 5 stars5 of 5 stars
progress:    (75%) ""The saved may well adore their Lord for His conquests in them, since the arrows of their natural hatred are snapped, and the weapons of their rebellion broken. What victories has grace won in our evil hearts!" Charles Spurgeon, Evening by Evening" — 20 hours, 30 min ago

See all 5 books that Brian is reading…

“It is not the critic who counts; not the man who points out how the strong man stumbles, or where the doer of deeds could have done them better. The credit belongs to the man who is actually in the arena, whose face is marred by dust and sweat and blood; who strives valiantly; who errs, who comes short again and again, because there is no effort without error and shortcoming; but who does actually strive to do the deeds; who knows great enthusiasms, the great devotions; who spends himself in a worthy cause; who at the best knows in the end the triumph of high achievement, and who at the worst, if he fails, at least fails while daring greatly, so that his place shall never be with those cold and timid souls who neither know victory nor defeat.”
― Theodore Roosevelt
tags: inspirational, politics, presidential
7582 likes

“Men occasionally stumble over the truth, but most of them pick themselves up and hurry off as if nothing had happened.”
― Winston S. Churchill
tags: truth
6640 likes

Bible Readers - Thru the Bible in a Year — 92 members — last activity Feb 04, 2017 06:32PM
We want to read the Bible in a year. This group has been created to encourage each other to read it. Everybody is welcome here.

Every Day Prayer Group — 9 members — last activity Feb 05, 2020 07:29PM
A group for the purpose of praying and for sending prayer requests.