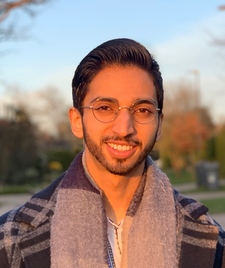 This will prevent Sahil from sending you messages, friend request or from viewing your profile. They will not be notified. Comments on discussion boards from them will be hidden by default.
Sign in to Goodreads to learn more about Sahil.

Sahil Handa is currently reading
I Drink Therefore I Am: A Philosopher's Guide to Wine
by Roger Scruton
bookshelves: currently-reading

See all 12 books that Sahil is reading…

“But she's extraordinarily attractive, he thought, as, walking across Trafalgar Square in the direction of the Haymarket, came a young woman who, as she passed Gordon's statue, seemed, Peter Walsh thought (susceptible as he was), to shed veil after veil, until she became the very woman he had always had in mind; young, but stately; merry, but discreet; black, but enchanting.”
― Virginia Woolf, Mrs. Dalloway
2 likes

“The last stroke of midnight dies.
All day in the one chair
From dream to dream and rhyme to rhyme I have ranged
In rambling talk with an image of air:
Vague memories, nothing but memories.”
― W.B. Yeats, The Wild Swans At Coole

“What's a whore? She's like the guilty counterfeited coin Which whosoe're first stamps it brings in trouble all that receive it.”
― John Webster, The White Devil
tags: slander, the-white-devil, trouble, whore
1 likes

Polls voted on by Sahil