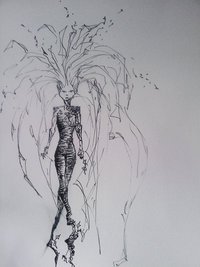 This will prevent tara! from sending you messages, friend request or from viewing your profile. They will not be notified. Comments on discussion boards from them will be hidden by default.
Sign in to Goodreads to learn more about tara!.

“Life will always be sorrowful. We can't change it, but we can change our attitude toward it.”
― Joseph Campbell, A Joseph Campbell Companion: Reflections on the Art of Living
tags: inspirational, mythology, philosophy, spirituality
29 likes

“Look into your own heart, discover what it is that gives you pain and then refuse, under any circumstance whatsoever, to inflict that pain on anybody else.”
― Karen Armstrong
58 likes

“We need myths that will identify the individual not with his local group but with the planet.”
― Joseph Campbell, The Power of Myth
44 likes

“In the tenth century BC, the priests of India devised the Brahmodya competition, which would become a model of authentic theological discourse. The object was to find a verbal formula to define the Brahman, the ultimate and inexpressible reality beyond human understanding. The idea was to push language as far as it would go, until participants became aware of the ineffable. The challenger, drawing on his immense erudition, began the process by asking an enigmatic question and his opponents had to reply in a way that was apt but equally inscrutable. The winner was the contestant who reduced the others to silence. In that moment of silence, the Brahman was present - not in the ingenious verbal declarations but in the stunning realisation of the impotence of speech. Nearly all religious traditions have devised their own versions of this exercise. It was not a frustrating experience; the finale can, perhaps, be compared to the moment at the end of the symphony, when there is a full and pregnant beat of silence in the concert hall before the applause begins. The aim of good theology is to help the audience to live for a while in that silence.”
― Karen Armstrong, The Case for God
tags: hinduism, religion, theology
15 likes

Joseph Campbell
author of: The Power of Myth

Karen Armstrong
author of: A History of God: The 4,000-Year Quest of Judaism, Christianity, and Islam

Oscar Wilde
author of: The Picture of Dorian Gray
More…

Polls voted on by tara!