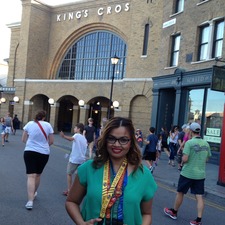 This will prevent Talk from sending you messages, friend request or from viewing your profile. They will not be notified. Comments on discussion boards from them will be hidden by default.
Sign in to Goodreads to learn more about Talk.

Talk Supe is currently reading
The Key to Happily Ever After
by Tif Marcelo (Goodreads Author)
bookshelves: 2019, currently-reading

See all 6 books that Talk is reading…

“Trolls have existed on this planet for as long as humans. This is what I was told and what I translated to Tub. The first mention of them in recorded history is from ninth-century Norway, when the nefarious creatures began showing up in song, verse, and bedtime stories to keep misbehaving children in line. According to Norse folklore, trolls are one of the Dark Beings, the purest embodiments of evil, and they scurried from between the toes of Ymir, the mythic six-headed Frost Giant whose murdered body became the universe in which we live; his bones became the mountains, his teeth boulders, and so forth.”
― Guillermo del Toro, Trollhunters
tags: horror, middle-grade-fantasy, trolls
3 likes

“True self confidence happens when you stop blaming others for not seeing what you love about yourself. Not everyone has the same list of needs.”
― Shannon L. Alder
tags: confidence, confident, different-perspective, empowering-women, self-love
6 likes

“I'm serious, Jim. You need to put this crap away. You walk into school on Monday talking to me, or anyone else, about the city's pesky troll problem, and you're not exactly going to get a lot of people saying, 'Gee, thanks for the warning.' It'll spread faster than mono. You think things are tough for us now? Jim, this will be the end. I'm sorry if you had a crazy nightmare. I really am. But I can't let you ruin our lives.”
― Guillermo del Toro, Trollhunters
tags: fantasy, horror, middle-grade, troll-hunters, trolls
2 likes

“Don’t you just hate nights like that, when you think over every mistake you’ve made, every hurt you’ve received, every bit of meanness you’ve dealt out? There’s no profit in it, no point to it, and you need sleep.”
― Charlaine Harris, Dead and Gone
tags: sookie-stackhouse
294 likes

“We are all children coming inside from recess with varying degrees of dirt on us.”
― Shannon L. Alder
tags: adversity, earth, god-s-children, heaven, home, playground, trials
6 likes

Free Books, .99, Giveaways & Reviews - Check Them Out! — 8866 members — last activity 13 hours, 21 min ago
This group is for authors, publishers and bloggers to post giveaways and freebies for readers.

Emily (Falling for YA)

Shiloh Walker
author of: If You Hear Her

Chelsea Camaron
author of: One Ride

Smut for the Smart

Polls voted on by Talk