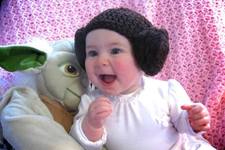 This will prevent Scott from sending you messages, friend request or from viewing your profile. They will not be notified. Comments on discussion boards from them will be hidden by default.
Sign in to Goodreads to learn more about Scott.

See all 22 books that Scott is reading…

“The idea that pornography is intrinsically exploitative and sexist is bizarre: pornography is just some fucking, after all. The act of having sex isn’t sexist, so there’s no way pornography can be, in itself, inherently misogynist.

“Wisdom begins when you discover the difference between "That doesn't make sense" and "I don't understand.”
― Mary Doria Russell, Children of God
24 likes

“Nobody has the right to not be offended. That right doesn't exist in any declaration I have ever read.

If you are offended it is your problem, and frankly lots of things offend lots of people.

I can walk into a bookshop and point out a number of books that I find very unattractive in what they say. But it doesn't occur to me to burn the bookshop down. If you don't like a book, read another book. If you start reading a book and you decide you don't like it, nobody is telling you to finish it.

To read a 600-page novel and then say that it has deeply offended you: well, you have done a lot of work to be offended.”
― Salman Rushdie

“The world makes much less sense than you think. The coherence comes mostly from the way your mind works.”
― Daniel Kahneman, Thinking, Fast and Slow
tags: mind, psychology
80 likes

“If a Member of the Senate wants to look that veteran in the eyes and say to him or her that they think we cannot afford to help that individual who sacrificed so much for this country have a family, well go do that. Tell that individual that you think we cannot afford to help him or her, but when you do that, I hope you will also tell him why you voted to give $1 trillion in tax breaks to the top 2 percent at a time when the wealthiest people in this country are doing phenomenally well. Virtually all of my Republican colleagues thought it was appropriate to provide huge tax breaks to millionaires and billionaires.”
― Jonathan Tasini, The Essential Bernie Sanders and His Vision for America
5 likes

Eric Nuzum
author of: Giving Up the Ghost: A Story About Friendship, 80s Rock, a Lost Scrap of Pape...

Jay Michaelson
author of: God vs. Gay?: The Religious Case for Equality

Michael Koryta
author of: Those Who Wish Me Dead

Megan Abbott
author of: You Will Know Me
More…

Polls voted on by Scott