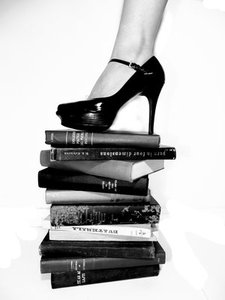 This will prevent Zja from sending you messages, friend request or from viewing your profile. They will not be notified. Comments on discussion boards from them will be hidden by default.
Sign in to Goodreads to learn more about Zja .

“This is how you do it: you sit down at the keyboard and you put one word after another until its done. It's that easy, and that hard.”
― Neil Gaiman
tags: writing
2690 likes

“That's the thing about magic; you've got to know it's still here, all around us, or it just stays invisible for you.”
― Charles de Lint
tags: belief, magic
266 likes

“When I was a child and heard about angels, I was both frightened and fascinated by the thought of these enormous, invisible presences in our midst. I conceived of them not as white-robed androgynes with yellow locks and thick gold wings, which was how my friend Matty Wilson had described them to me--Matty was the predecessor of all sorts of arcane knowledge--but as big, dark, blundering men, massive in their weightlessness, given to pranks and ponderous play, who might knock you over, or break you in half, without meaning to. When a child from Miss Molyneaux's infant school in Carrickdrum fell under the hoofs of a dray-horse one day and was trampled to death, I, a watchful six year old, knew who was to blame; I pictured his guardian angel standing over the child's crushed form with his big hands helplessly extended, not sure whether to be contrite or to laugh.”
― John Banville, The Untouchable
3 likes

“The people I distrust most are those who want to improve our lives but have only one course of action.”
― Frank Herbert
tags: action, improve, life, lives, power, rule, ruling-government
170 likes

“May your coming year be filled with magic and dreams and good madness. I hope you read some fine books and kiss someone who thinks you're wonderful, and don't forget to make some art -- write or draw or build or sing or live as only you can. And I hope, somewhere in the next year, you surprise yourself.”
― Neil Gaiman
10978 likes

Jackie French
author of: Diary of a Wombat

Susan Cooper
author of: The Dark Is Rising
More…

Polls voted on by Zja