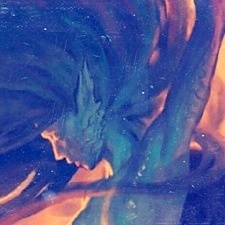 This will prevent Kristalia from sending you messages, friend request or from viewing your profile. They will not be notified. Comments on discussion boards from them will be hidden by default.
Sign in to Goodreads to learn more about Kristalia .

http://infinity-of-time.blogspot.com/ (it's not updated and has a lot of old reviews)
https://www.goodreads.com/yoruangel

Kristalia said: " Feitian YeXiang is an expert in making you fall in love with characters, side characters, history, places, customs and everything else. His extensive knowledge of how some things works and how he implements them in his novels is outstanding.

Feitian YeXiang is an expert in making you fall in love with characters, side characters, history, places, customs and everything else. His extensive knowledge of how some things works and how he implements them in his novels is outstanding.

This one is not an exception. This one is filled with world and character development, wonderful and extensive research and Suika and Rynn delivered absolutely amazing translation filled with wonderful footnotes and explanations the non-chinese people wouldn't understand in case they haven't watched many court dramas or daily lives of ancient china.

This is a story of a young master You Miao (Meowmeow for short) who has everything he asked for - a place in court, friendships, connections and everything he needed. His family, on the other hand, is in another town.

So to speak it means that in the capital he's alone. One day, he visits his good friend Li Yan who gave an order for one particular slave to be beaten to death. The unfortunate slave here is our main lead Li Zhifeng, a captured Quanrong slave who was forced to be also bed slave.

So, You Miao saves his life by buying him from Li Yan and nurturing him back to health.

This is a story of how You Miao saved a person who was on brink of breaking. It's wonderful to see that gradual return of Li Zhifeng's personality traits and to discover what kind of person he is. I, at first, misjudged him and thought this prolonged 7 year torture he experienced as a slave would make him numb, cold and unfeeling, but it's completely opposite!

You Miao grows and develops and goes through fiery trials and tribulations connected to his family, his loyalties, his friendships and it leads him on a path of self discovery in a remote piece of land bought by his mother.

And finally, there is also third prince - Zhao Chao, of their empire, who is just a son who wants to prove that he's not useless and that he's worth something and that he should not be abandoned like he already was. Too bad, he also goes through many trials himself and develops over time.

There is a span of years involved, places change, people change, people die and people disappear and some run away - and sometimes war is just something you can't escape.

The description of battles was wonderfully done, the strategies were great (as someone who is history battle obsessed I admire the thoughtfulness put into it) and it's still not too much.
Prepare for laughter. For crying and for fulfillment while reading this novel. It's wonderful journey of feelings and dedication and devotion. Of loyalty, of humanity and of rediscovery of self.

✭ Characters: 5 - fantastic development of main characters. This story spans through set of years and don't let the age difference put you off.
✭ Side characters: 5- Fantastic, detailed, you care for them.
✭ Story: 5 - Very easy to follow and Suika and Rynn helped a lot with their footnotes!

Wushuang is a book that is very fast paced, with highly developed main characters and story that is equally interesting as them.
Side characters are a high bonus, they have really well dynam


Currently up to ch 112. Review also posted on novel updates.

Wushuang is a book that is very fast paced, with highly developed main characters and story that is equally interesting as them.
Side characters are a high bonus, they have really well dynamic with their leaders and are well developed.
The comedy is peak gold, there are many parts that will make you laugh, but will also make you cry.
In a way, this is half serious, half funny book, but mostly accented on cases that Cui Buqu and Feng Xiao have to deal with, and in the meantime discover what they mean to each other, beside ruining the reputation between themselves. Their relationship is honestly so amazing, because while they both have their own quirks and morals, they don't strive to change each other so they would fit into the mold for their relationship to work. Besides that, reading of how Cui Buqu and Feng Xiao went from enemies, to associates, to close acquaintances, and finally to friends and more, is really interesting journey.
Translation is amazing, wording is wonderful and really brings the quality of MXS's writing.
This is a sequel to Qianqiu (Thousand Autumns) and certain character fates will be revealed, so if you don't want spoilers for Qianqiu, head there first, and some things will be clearer in Wushuang.
To repeat, there is no need to read QQ at all, as Wushuang can stand on it's own perfectly, but the sect relationships and sect leaders are the people you might have already met in the Qianqiu.

See all 7 books that Kristalia is reading…

“Strange game, this stating the obvious,” Suri said, shaking her head. She got up and joined Minna at the woodpile. “Pointless, but popular. Everyone plays it. You’re eating our bread. That isn’t your bed. You have a wolf. But as you can see, I’m getting the knack of it. Tura told me to blend in at villages, especially the dahls. She said people who live inside walls are crazy and can be dangerous. Touched animals are, too. Cursed by the gods, sort of like you, and even a tainted squirrel’s bite can make you that way.”
“I merely meant, well…” Persephone hesitated. “I didn’t think you’d still be here.”
Suri pointed at the treetops visible over the rear wall of the dahl where the gray spears had become a curtain of green. “Was waiting on the leaves.”
Persephone laughed. “It’s been two weeks.”
The mystic twisted her face, thinking hard. “You have two ears.” She smiled proudly. “I’m starting to see the fun of this. Using a part of what another person says makes it harder, doesn’t it? Probably gets more challenging late in winter when you’ve been sealed up for months— I assume you can’t repeat the same thing twice, right?”
― Michael J. Sullivan, Age of Myth

“Because you love me,” I said, sounding smug.
“More like you grew on me,” he said. “Like fungus.”
― T.J. Klune, The Lightning-Struck Heart
tags: morgan, sam
31 likes

“People live quiet lives and that's okay. There's dignity in that, no matter what you may think.”
― Jeff Zentner, The Serpent King
25 likes

“Fulfillment comes from striving to succeed, to survive by your own wits and strength. Such things make each of us who we are.” Using the blanket, he rubbed his hair. “You lose that in captivity, lose yourself, and that loss saps your capacity for joy. I think comfort can be a curse, an addiction that without warning or notice erodes hope. You know what I mean?” He looked at each of them, but no one answered. “Live with it long enough and the prison stops being the walls or the guards. Instead, it’s the fear you can’t survive on your own, the belief you aren’t as capable, or as worthy, as others. I think everyone has the capacity to do great things, to rise above their everyday lives; they just need a little push now and then.”
― Michael J. Sullivan, Age of Myth
12 likes

The Most Beautiful Covers (ya and middle school)

Polls voted on by Kristalia