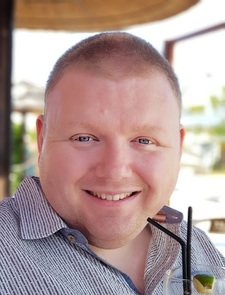 This will prevent Simon from sending you messages, friend request or from viewing your profile. They will not be notified. Comments on discussion boards from them will be hidden by default.
Sign in to Goodreads to learn more about Simon.

“Even in the less-obviously creative fields of hard science, LSD can be profoundly beneficial. In fact, it played a role in the two biggest discoveries in biology of the 20th century. Francis Crick, who discovered the double helix structure of DNA with James Watson, and Kary Mullis, who invented the polymerase chain reaction (PCR), had both taken the drug, and attributed some of their understanding and insights to it. Mullis has gone so far as to say: "would I have invented PCR if I hadn't taken LSD? I seriously doubt it ... [having taken LSD] I could sit on a DNA molecule and watch the polymers go by. I learnt that partly on psychedelic drugs.”
― David Nutt, Drugs Without the Hot Air: Minimizing the Harms of Legal and Illegal Drugs
0 likes

“You know, at some point people reach an age at which they can no longer be considered ‘promising.’ I think it is about the time they turn forty.”
― Richard H. Thaler, Misbehaving: The Making of Behavioral Economics
3 likes

“The mood music was good as Trump showed his serious side in the closed meeting. A Downing Street source said, "He was on top of any number of quite complex briefs and he'd only been president for a week. That impressed Theresa [May] because she's a details girl.”
― Tim Shipman, Fall Out: A Year of Political Mayhem
0 likes

“In fact, attempts to deter substance abuse through drug testing in prisons is actually making this gateway effect more severe. Cannabis and its breakdown products can be detected in urine for weeks, whereas heroin clears from the body much faster. Testing positive for drugs can result in an increase in sentence, so prisoners have found a way to reduce the likelihood of being caught: use heroin instead of cannabis. Far from protecting them, imprisoning cannabis users will make them more likely to start using hard drugs.”
― David Nutt, Drugs Without the Hot Air: Minimizing the Harms of Legal and Illegal Drugs
0 likes

Polls voted on by Simon