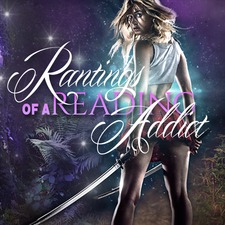 This will prevent Tanya from sending you messages, friend request or from viewing your profile. They will not be notified. Comments on discussion boards from them will be hidden by default.
Sign in to Goodreads to learn more about Tanya.

“Hey,” I said before he could say anything else that would make the mood even weirder or break it entirely. “You wanna grab some coffee or something someday? I mean, some time when I’m not crawling with maggots,” I added with a laugh that sounded nervous to my own ears and probably sounded desperate and pathetic to his. I totally braced myself for him to hem and haw and say that he couldn’t or had a girlfriend or something. I was shocked instead when he gave me a nod.
“That sounds nice. And I’m cool with the no maggots thing too.”
― Diana Rowland, My Life as a White Trash Zombie
tags: humor-irony-death-zombie
5 likes

“Ask me if I sparkle and I’ll kill you where you stand.” (Bones)”
― Jeaniene Frost, This Side of the Grave
tags: humor
1497 likes

“I have been given a third chance at life, even if the circumstances are somewhat disconcerting. You are mine, and we both know it.”
― Chloe Neill, Drink Deep
87 likes

“If there were an international butt competition, Eric would win, hands down—or cheeks up.”
― Charlaine Harris, Dead to the World
tags: funny, sookie-eric
1032 likes

Annie (Under the Covers Book Blog)

Kresley Cole
author of: A Hunger Like No Other

Felicity Heaton
author of: Kissed by a Dark Prince

Polls voted on by Tanya