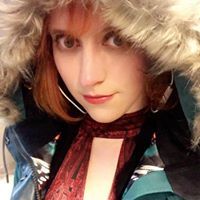 This will prevent Lauren from sending you messages, friend request or from viewing your profile. They will not be notified. Comments on discussion boards from them will be hidden by default.
Sign in to Goodreads to learn more about Lauren.

Lauren Siegert is currently reading
Life Among the Piutes: Their Wrongs and Claims
by Sarah Winnemucca Hopkins
bookshelves: currently-reading

“Nobody tells this to people who are beginners, I wish someone told me. All of us who do creative work, we get into it because we have good taste. But there is this gap. For the first couple years you make stuff, it’s just not that good. It’s trying to be good, it has potential, but it’s not. But your taste, the thing that got you into the game, is still killer. And your taste is why your work disappoints you. A lot of people never get past this phase, they quit. Most people I know who do interesting, creative work went through years of this. We know our work doesn’t have this special thing that we want it to have. We all go through this. And if you are just starting out or you are still in this phase, you gotta know its normal and the most important thing you can do is do a lot of work. Put yourself on a deadline so that every week you will finish one story. It is only by going through a volume of work that you will close that gap, and your work will be as good as your ambitions. And I took longer to figure out how to do this than anyone I’ve ever met. It’s gonna take awhile. It’s normal to take awhile. You’ve just gotta fight your way through.”
― Ira Glass
2846 likes

“As she left my room I knew I should shut up. But you know when you should shut up because you really should just shut up...but you keep on and on anyway? Well, I had that.”
― Louise Rennison, Angus, Thongs and Full-Frontal Snogging
41 likes

“Secrets have power. And that power diminishes when they are shared, so they are best kept and kept well. Sharing secrets, real secrets, important ones, with even one other person, will change them. Writing them down is worse, because who can tell how many eyes might see them inscribed on paper, no matter how careful you might be with it. So it's really best to keep your secrets when you have them, for their own good, as well as yours.”
― Erin Morgenstern, The Night Circus
1454 likes

“Stories have changed, my dear boy,” the man in the grey suit says, his voice almost imperceptibly sad. “There are no more battles between good and evil, no monsters to slay, no maidens in need of rescue. Most maidens are perfectly capable of rescuing themselves in my experience, at least the ones worth something, in any case. There are no longer simple tales with quests and beasts and happy endings. The quests lack clarity of goal or path. The beasts take different forms and are difficult to recognize for what they are. And there are never really endings, happy or otherwise. Things keep overlapping and blur, your story is part of your sister’s story is part of many other stories, and there in no telling where any of them may lead. Good and evil are a great deal more complex than a princess and a dragon, or a wolf and a scarlet-clad little girl. And is not the dragon the hero of his own story? Is not the wolf simply acting as a wolf should act? Though perhaps it is a singular wolf who goes to such lengths as to dress as a grandmother to toy with its prey.”
― Erin Morgenstern, The Night Circus
tags: man-in-the-grey-suit, stories
844 likes

Justin Cronin
author of: The Passage

Polls voted on by Lauren