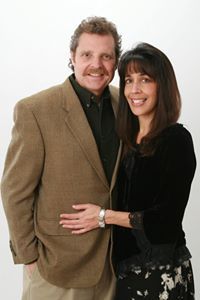 “A kind, courteous Christian is the most powerful argument that can be produced in favor of Christianity.”
― Ellen G. White, Reflecting Christ
20 likes

“But as many as received him, to them gave he power to become the sons of God, even to them that believe on his name. John 1:12

Divine sonship is not something that we gain of ourselves. Only to those who receive Christ as their Saviour is given the power to become sons and daughters of God. The sinner cannot, by any power of his own, rid himself of sin. For the accomplishment of this result, he must look to a higher Power. John exclaimed, "Behold the Lamb of God, which taketh away the sin of the world." Christ alone has power to cleanse the heart. He who is seeking for forgiveness and acceptance can say only,--

"Nothing in my hand I bring;
Simply to Thy cross I cling."

But the promise of sonship is made to all who "believe on his name." Every one who comes to Jesus in faith will receive pardon.

The religion of Christ transforms the heart. It makes the worldly-minded man heavenly-minded. Under its influence the selfish man becomes unselfish, because this is the character of Christ. The dishonest, scheming man becomes upright, so that it is second nature to him to do to others as he would have others do to him. The profligate is changed from impurity to purity. He forms correct habits; for the gospel of Christ has become to him a savor of life unto life.

God was to be manifest in Christ, "reconciling the world unto himself." Man had become so degraded by sin that it was impossible for him, in himself, to come into harmony with Him whose nature is purity and goodness. But Christ, after having redeemed man from the condemnation of the law, could impart divine power, to unite with human effort. Thus by repentance toward God and faith in Christ, the fallen children of Adam might once more become "sons of God."

When a soul receives Christ, he receives power to live the life of Christ.”
― Ellen G. White

“The world's Redeemer was treated as we deserve to be treated, in order that we might be treated as he deserved to be treated. He came to our world and took our sins upon his own divine soul that we might receive his imputed righteousness. He was condemned for our sins, in which he had no share, that we might be justified by his righteousness, in which we had no share. The world's Redeemer gave himself for us. Who was he? The Majesty of heaven, pouring out his blood upon the altar of justice for the sins of guilty man. We should know our relationship to Christ and his relationship to us.
The Review and Harold 3-21-91 PR-06”
― Ellen G. White
26 likes

“It is not earthly rank, nor birth, nor nationality, nor religious privilege, which proves that we are members of the family of God; it is love, a love that embraces all humanity. ”
― Ellen G. White
108 likes

“Christ is a “tried stone.” Those who trust in Him, He never disappoints.”
― Ellen G. White, The Desire of Ages
10 likes