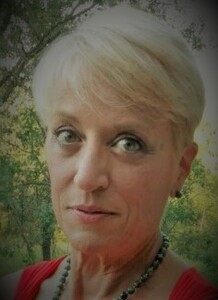 This will prevent Julie from sending you messages, friend request or from viewing your profile. They will not be notified. Comments on discussion boards from them will be hidden by default.
Sign in to Goodreads to learn more about Julie.

Julie is currently reading
The Coming Plague: Newly Emerging Diseases in a World Out of Balance
by Laurie Garrett
bookshelves: library-overdrive, non-fiction, currently-reading

See all 14 books that Julie is reading…

Deception (Alex Delaware, #25) by Jonathan Kellerman
1 highlight
The truth is, all religions promote kindness as well as incredible brutality.”

“Western journalists are also taught to report various interpretations of the facts. The adage that there are two sides to a story makes sense when those who represent each side accept the factuality of the world and interpret the same set of facts. Putin’s strategy of implausible deniability exploited this convention while destroying its basis. He positioned himself as a side of the story while mocking factuality. “I am lying to you openly and we both know it” is not a side of the story. It is a trap.”
― Timothy Snyder, The Road to Unfreedom: Russia, Europe, America
7 likes

“At the hospital. You’ve told me you need people with a motive to have killed Markham, but you don’t know of anyone else except your client, so all right, let’s assume for the moment that it’s not him, although that continues to make me uncomfortable as hell, except still, what you need, even beyond motive, is presence, by which I mean that whoever it was had to be there and that brings us back around full circle.” “I’ll give you a dollar if you can diagram that last sentence for me.”
― John Lescroart, The Oath
0 likes

“On economics, crime, and welfare, the Clinton presidency offered plenty for conservatives to like. They never forgave him for it.”
― Matthew Continetti, The Right: The Hundred-Year War for American Conservatism
1 likes

“Kind of strange to sit there feeding someone soup in the bed you’d tied them to once upon a time.” It was the most romantic terminal illness/bondage–related thing I had ever heard.”
― Cynthia St. Aubin, Private Lies
1 likes

“...fascism is more plausibly linked to a set of "mobilizing passions" that shape fascist action than to a consistent and fully articulated philosophy. At the bottom is a passionate nationalism. Allied to it is a conspiratorial and Manichean view of history as a battle between the good and evil camps, between the pure and the corrupt, in which one's own community or nation has been the victim. In this Darwinian narrative, the chosen people have been weakened by political parties, social classes, unassimilable minorities, spoiled rentiers, and rationalist thinkers who lack the necessary sense of community. These "mobilizing passions," mostly taken for granted and not always overtly argued as intellectual propositions, form the emotional lava that set fascism's foundations:

-a sense of overwhelming crisis beyond the reach of any traditional solutions;

-the primacy of the group, toward which one has duties superior to every right, whether individual or universal, and the subordination of the individual to it;

-the belief that one's group is a victim, a sentiment that justifies any action, without legal or moral limits, against its enemies, both internal and external;

-dread of the group's decline under the corrosive effects of individualistic liberalism, class conflict, and alien influences;

-the need for closer integration of a purer community, by consent if possible, or by exclusionary violence if necessary;

-the need for authority by natural leaders (always male), culminating in a national chief who alone is capable of incarnating the groups' destiny;

-the superiority of the leader's instincts over abstract and universal reason;

-the beauty of violence and the efficacy of will, when they are devoted to the group's success;

-the right of the chosen people to dominate others without restraint from any kind of human or divine law, right being decided by the sole criterion of the group's prowess within a Darwinian struggle.

...Fascism was an affair of the gut more than the brain, and a study of the roots of fascism that treats only the thinkers and the writers misses the most powerful impulses of all.”
― Robert O. Paxton, The Anatomy of Fascism

Polls voted on by Julie