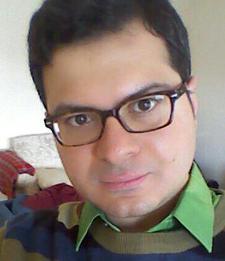 This will prevent Yusuf from sending you messages, friend request or from viewing your profile. They will not be notified. Comments on discussion boards from them will be hidden by default.
Sign in to Goodreads to learn more about Yusuf.

“The possibility of something is better than the certainty of nothing.”
― Sandor L.S.G. Marai
10 likes

“The person, be it gentleman or lady, who has not pleasure in a good novel, must be intolerably stupid.”
― Jane Austen, Northanger Abbey
tags: aliteracy, books, classic, humor
48309 likes

“It seems to me that anyone whose library consists of a Kindle lying on a table is some sort of bloodless nerd.”
― Penelope Lively
tags: books, ebooks, ereaders, kindle
75 likes

“In a way, the world−view of the Party imposed itself most successfully on people incapable of understanding it. They could be made to accept the most flagrant violations of reality, because they never fully grasped the enormity of what was demanded of them, and were not sufficiently interested in public events to notice what was happening. By lack of understanding they remained sane. They simply swallowed everything, and what they swallowed did them no harm, because it left no residue behind, just as a grain of corn will pass undigested through the body of a bird.”
― George Orwell, 1984
tags: communism, truth
172 likes

James Patterson
author of: Along Came a Spider

Polls voted on by Yusuf