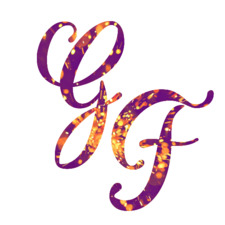 This will prevent Elena from sending you messages, friend request or from viewing your profile. They will not be notified. Comments on discussion boards from them will be hidden by default.
Sign in to Goodreads to learn more about Elena.

“I was raised Defiant,” she said. “But I choose, now, to be what people down below call a Disputer—I raise objections about the way the war is being run. I think we should throw off the oppressive mantle of military government.” I stopped in place, shocked. I’d never heard words like that spoken before. “So…you’re a coward?” FM blushed, standing up taller. “I’d have thought you, of all people, would be careful about throwing around that term.” “Sorry,” I said, blushing in return. She was right. But still, I had trouble understanding what she was saying. I understood the words, but not the meaning. Throw off military government? Who would be in charge of the war then? “I am still willing to fight,” FM said, her head high as we walked. “Just because I want change doesn’t mean I’ll let the Krell destroy us all. But do you realize what it’s doing to our society to train our children, practically from birth, to idealize and glorify fighting? To worship the First Citizens like saints? We should be teaching our children to be more caring, more inquisitive—not only to destroy, but to build.”
― Brandon Sanderson, Skyward
13 likes

“Humbling women seems to me a chief pastime of poets. As if there can be no story unless we crawl and weep.”
― Madeline Miller, Circe
544 likes

“The powerful can make the truth dance to their song.”
― J.Y. Yang, The Black Tides of Heaven
tags: lies, politics, power, truth
4 likes

“Nedd,” she said, “stupid is stupid.” “No it’s not. You’re talking to an expert.”
― Brandon Sanderson, Skyward
7 likes

“You get to choose who you are. Legacy, memories of the past, can serve us well. But we cannot let them define us. When heritage becomes a box instead of an inspiration, it has gone too far.”
― Brandon Sanderson, Skyward
162 likes

Rachel Vincent
author of: My Soul to Take

Sophie Kinsella
author of: Confessions of a Shopaholic

Mary E. Pearson
author of: The Kiss of Deception

Julia Quinn
author of: The Duke and I

Most Anticipated Speculative Fiction Books of 2017

Polls voted on by Elena