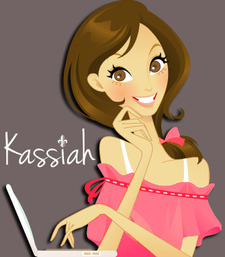 This will prevent Kassiah from sending you messages, friend request or from viewing your profile. They will not be notified. Comments on discussion boards from them will be hidden by default.
Sign in to Goodreads to learn more about Kassiah.

“If I am worth anything later, I am worth something now. For wheat is wheat, even if people think it is a grass in the beginning.”
― Vincent van Gogh
tags: inspirational-life
786 likes

“I'll always be yours. No distance or time apart will change that, Lily.”
― Krista Ritchie
tags: addictions, childhood-friends, loves-story
170 likes

“I’ll be your family now,” he says.
“I love you,” I say.
I said that once, before I went to Erudite headquarters, but he was asleep then. I don’t know why I didn’t say it when he could hear it. Maybe I was afraid to trust him with something so personal as my devotion. Or afraid that I did not know what it was to love someone. But now I think the scary thing was not saying it before it was almost too late. Not saying it before it was almost too late for me.
I am his, and he is mine, and it has been that way all along.
He stares at me. I wait with my hands clutching his arms for stability as he considers his response.
He frowns at me. “Say it again.”
“Tobias,” I say, “I love you.”
His skin is slippery with water and he smells like sweat and my shirt sticks to his arms when he slides them around me. He presses his face to my neck and kisses me right above the collarbone, kisses my cheek, kisses my lips.
“I love you, too,” he says.”
― Veronica Roth, Insurgent

“Because love is the ultimate goal. It’s not the one I had strived for, but I was lucky enough, so damn lucky, to achieve it.”
― Elle Kennedy, The Goal
39 likes

Pulled to Publish Fan Fiction — 256 members — last activity Dec 10, 2019 08:37AM
A group to discuss the effects that pulling to publish fan fiction has had on the Fan Fiction fandoms (Twilight, Harry Potter, etc). Adults only!

Most Anticipated reads for 2012

Surprise! You're a daddy.

Polls voted on by Kassiah