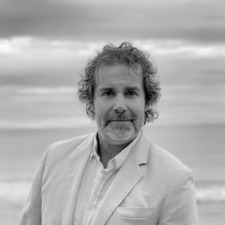 This will prevent Blake from sending you messages, friend request or from viewing your profile. They will not be notified. Comments on discussion boards from them will be hidden by default.
Sign in to Goodreads to learn more about Blake.

“Then he looked up, despite all best prior intentions. In four minutes, it would be another hour; a half hour after that was the ten-minute break. Lane Dean imagined himself running around on the break, waving his arms and shouting gibberish and holding ten cigarettes at once in his mouth, like a panpipe. Year after year, a face the same color as your desk. Lord Jesus. Coffee wasn't allowed because of spills on the files, but on the break he'd have a big cup of coffee in each hand while he pictured himself running around the outside grounds, shouting. He knew what he'd really do on the break was sit facing the wall clock in the lounge and, despite prayers and effort, count the seconds tick off until he had to come back and do this again. And again and again and again.”
― David Foster Wallace, The Pale King
tags: boredom, madness
20 likes

Polls voted on by Blake