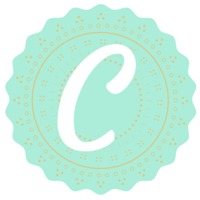 “One benefit of Summer was that each day we had more light to read by.”
― Jeannette Walls, The Glass Castle
tags: reading, summer
254 likes

“I am not an angel," I asserted; "and I will not be one till I die: I will be myself.”
― Charlotte Brontë, Jane Eyre
tags: character, empowerment, flaws, freedom, gender, ideal-woman, identity, image, independence, integrity, realism, self-awareness, self-determination, women
625 likes

“There could have never been two hearts so open, no tastes so similar, no feelings so in unison, no countenances so beloved. Now they were as strangers; nay, worse than strangers, for they could never become acquainted. It was a perpetual estrangement.”
― Jane Austen, Persuasion
91 likes

“Letty wanted to know every detail of Laura's going. As she asked and listened, her heart beat uncomfortably fast and she felt that, if she did not take care, she would burst into tears. Laura had gone; she had broken away.

'Not that I ever wanted to go off with a man,' Letty had thought on the way to Greenbanks with Ambrose. No, she had never seen anyone she wanted to go off with. When she thought of going, it was never with a man. Once she had indulged in wild dreams. For years after she was married she felt that someone would one day come, someone she could love with all her heart, with that high, free elation and that deep satisfaction she could imagine. She would be able to share everything with him; her fears in the night about loneliness, death, the end of things. He would understand, she felt, but he would not explain, for after all there is no explanation. He would laugh, too, at what she laughed at; he would enjoy shop incidents, tram incidents, street incidents - all the queer, funny things that go to make up every day. Letty felt, for years, that someone like this would come before it was too late.

'It's not really me, having the children and living with Ambrose,' she would think in bewilderment. 'This isn't my life really; it will all be different soon. I shall begin to live as I want to - soon.'

But the years went on and now she was over forty and looked for nobody to rescue her as if she were a damsel in distress. She no longer expected to be loved by any man. Men wanted youth and beauty; no matter how old and ugly they were themselves, they felt entitled to youth and beauty in women. She had missed the great love she had dreamed of as a girl, but she thought about it no more. Her wishes had changed as she grew older; she now only wanted to get away by herself, to enjoy life in her own way. [...] She knew what she wanted, but could not have; it was freedom.”
― Dorothy Whipple, Greenbanks

“I wish I was a woman of about thirty-six dressed in black satin with a string of pearls.”
― Daphne du Maurier, Rebecca
535 likes

Lois Duncan
author of: I Know What You Did Last Summer

Alexandre Dumas
author of: The Count of Monte Cristo
More…