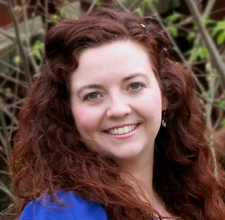 See all 12 books that Rachel is reading…

“Why does it not surprise me that you talk during sex?”
― Suzanne Brockmann, Do or Die
tags: banter, love-scene, romantic-suspense
1 likes

“As Ian popped the lock and opened the car door, he turned to Phoebe. “Can you do me a favour?”
She immediately stepped toward him, fully embracing their new mature relationship. “Of course.”
Ian looked pointedly over his own shoulder and said, “Tell me the truth. Does this car make my glowing ass look fat?”
She’d naturally followed the direction of his gaze, but now she looked up, hard, into his eyes. And she smiled back at him despite herself. She even laughed. “You’re an idiot.”
“When things get too serious, I get a rash.”
She pointedly looked back down at his nether regions, despite the fact doing so made her blush. Still, she spoke coolly, dryly. “Not on your ass.”
If Ian believed in love, that would’ve been it for him. Instantly. Enthrallingly. Eternally. Instead, he just laughed. “Thank God for that. See if there’s anything remotely clothinglike in the backseat or the trunk.”
― Suzanne Brockmann, Do or Die

“… now that I’m stuck here for an undetermined amount of time, it seems beyond foolish not to let me help.” She took a bite for emphasis. “You could at least let me make you a sandwich,” she added balefully through her mouthful.
“That was me being respectful of your law degree,” Ian said.”
― Suzanne Brockmann, Do or Die
tags: banter, romantic-suspense
0 likes

“As Ian looked at her, he felt something in his chest slip and shift. The pressure came with a blood-tingling rush of triumph and satisfaction, pride and a deeply burning sense of possessiveness. His inner caveman warrior had been awakened and wanted to rush around the room, peeing into the corners, marking it—and her—as his own, while shouting Mine! and randomly smashing things for emphasis.
But he knew that was he was feeling was the equivalent of emotional and hormonal indigestion. He hadn’t done this in a long time. And he particularly hadn’t done it with a woman he liked as much as this one. In fact, he’d never had sex with anyone that he genuinely liked as much as he liked Phoebe.”
― Suzanne Brockmann, Do or Die
tags: alpha-hero, romantic-suspense
0 likes

“I figured it was probably best for me to leave that bicycle back there for a real emergency.”
― Suzanne Brockmann, Do or Die
tags: banter, romantic-suspense
0 likes

A.B. Michaels
author of: The Art of Love

Beverley Eikli
author of: Once Upon a Christmas Wedding

Lauren Willig
author of: The Secret History of the Pink Carnation
More…

Beauty and the Beast