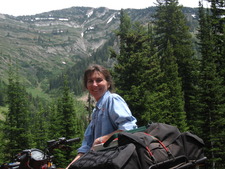 This will prevent Judy from sending you messages, friend request or from viewing your profile. They will not be notified. Comments on discussion boards from them will be hidden by default.
Sign in to Goodreads to learn more about Judy.

Judy is currently reading
From Neediness to Fulfillment
by Miriam Subirana
bookshelves: currently-reading

See all 8 books that Judy is reading…

Are You Sure? The Unconscious Origins of Certainty by Virginia "Ginger" Campbell
1 note & 134 highlights
Burton concludes that we should regard mental states as sensations.

“Truth is powerful, and, if not instantly, at least by slow
degrees, may make good her possession. Gleams of good sense may
penetrate through the thickest clouds of error … and, as the true
object of education is not to render the pupil the mere copy of his
preceptor, it is rather to be rejoiced in, than lamented, that various
reading should lead him into new trains of thinking; open to him new
mines of science and new incentives to virtue; and perhaps, by a blended
and compound effect, produce in him an improvement which was out of the
limits of his lessons, and raise him to heights the preceptor never
knew.”
― William Godwin, Enquirer

“But here is what you need to understand - here is why you are in danger. Here is why you must speak, and why you must not allow us to speak for you. Because history is an act of continuous collective imagining, and the perception of truth is a constant, unending negotiation, with others, and with oneself when one is alone.”
― Dexter Palmer, Mary Toft; or, The Rabbit Queen
3 likes

“...motherhood is not a house you live in but a warren of beautiful rooms, something like Topkapi … some well-trod but magnificent place you’re only allowed to sit in for a minute and snap a photo before you are ushered out.”
― Lydia Kiesling, The Golden State
tags: motherhood
2 likes

“As observers of totalitarianism such as Victor Klemperer noticed, truth dies in four modes, all of which we have just witnessed.

The first mode is the open hostility to verifiable reality, which takes the form of presenting inventions and lies as if they were facts. The president does this at a high rate and at a fast pace. One attempt during the 2016 campaign to track his utterances found that 78 percent of his factual claims were false. This proportion is so high that it makes the correct assertions seem like unintended oversights on the path toward total fiction. Demeaning the world as it is begins the creation of a fictional counterworld.

The second mode is shamanistic incantation. As Klemperer noted, the fascist style depends upon “endless repetition,” designed to make the fictional plausible and the criminal desirable. The systematic use of nicknames such as “Lyin’ Ted” and “Crooked Hillary” displaced certain character traits that might more appropriately have been affixed to the president himself. Yet through blunt repetition over Twitter, our president managed the transformation of individuals into stereotypes that people then spoke aloud. At rallies, the repeated chants of “Build that wall” and “Lock her up” did not describe anything that the president had specific plans to do, but their very grandiosity established a connection between him and his audience.

The next mode is magical thinking, or the open embrace of contradiction. The president’s campaign involved the promises of cutting taxes for everyone, eliminating the national debt, and increasing spending on both social policy and national defense. These promises mutually contradict. It is as if a farmer said he were taking an egg from the henhouse, boiling it whole and serving it to his wife, and also poaching it and serving it to his children, and then returning it to the hen unbroken, and then watching as the chick hatches.

Accepting untruth of this radical kind requires a blatant abandonment of reason. Klemperer’s descriptions of losing friends in Germany in 1933 over the issue of magical thinking ring eerily true today. One of his former students implored him to “abandon yourself to your feelings, and you must always focus on the Führer’s greatness, rather than on the discomfort you are feeling at present.” Twelve years later, after all the atrocities, and at the end of a war that Germany had clearly lost, an amputated soldier told Klemperer that Hitler “has never lied yet. I believe in Hitler.”

The final mode is misplaced faith. It involves the sort of self-deifying claims the president made when he said that “I alone can solve it” or “I am your voice.” When faith descends from heaven to earth in this way, no room remains for the small truths of our individual discernment and experience. What terrified Klemperer was the way that this transition seemed permanent. Once truth had become oracular rather than factual, evidence was irrelevant. At the end of the war a worker told Klemperer that “understanding is useless, you have to have faith. I believe in the Führer.”
― Timothy Snyder, On Tyranny: Twenty Lessons from the Twentieth Century

History, Medicine, and Science: Nonfiction and Fiction — 1445 members — last activity Jan 03, 2021 02:28PM
Discussion about the fascinating stories of our scientific and medical past

Camilla Gibb
author of: Sweetness in the Belly

Siddhartha Mukherjee
author of: The Emperor of All Maladies: A Biography of Cancer

Timothy Snyder
author of: On Tyranny: Twenty Lessons from the Twentieth Century

Virginia "Ginger" Campbell, MD
author of: Are You Sure? The Unconscious Origins of Certainty
More…

Polls voted on by Judy