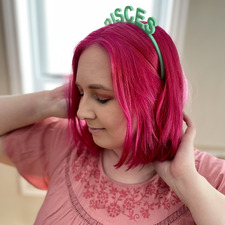 Sarah Ames-Foley is currently reading
The F*ck It Diet: Eating Should Be Easy
by Caroline Dooner
bookshelves: currently-reading

See all 4 books that Sarah is reading…

Disappearing Earth by Julia Phillips
6 highlights
Olya was nice even as the words piled up like pebbles in her throat.
See Sarah Ames-Foley’s 76 books with notes and highlights…

“The year the police called Sherrena, Wisconsin saw more than one victim per week murdered by a current or former romantic partner or relative. 10 After the numbers were released, Milwaukee’s chief of police appeared on the local news and puzzled over the fact that many victims had never contacted the police for help. A nightly news reporter summed up the chief’s views: “He believes that if police were contacted more often, that victims would have the tools to prevent fatal situations from occurring in the future.” What the chief failed to realize, or failed to reveal, was that his department’s own rules presented battered women with a devil’s bargain: keep quiet and face abuse or call the police and face eviction.”
― Matthew Desmond, Evicted: Poverty and Profit in the American City
tags: domestic-abuse, domestic-violence, eviction, homelessness, housing, poverty, renting
16 likes

“Often, evicted families also lose the opportunity to benefit from public housing because Housing Authorities count evictions and unpaid debt as strikes when reviewing applications. And so people who have the greatest need for housing assistance—the rent-burdened and evicted—are systematically denied it.”
― Matthew Desmond, Evicted: Poverty and Profit in the American City
tags: eviction, housing, housing-assistance, poverty
13 likes

“It's not the dreams.
It's this love of you
that grows in me
malignant.”
― Jack Gilbert

“She left the shower as most people leave showers, clean and a little lonely.”
― Joseph Fink, Welcome to Night Vale
125 likes