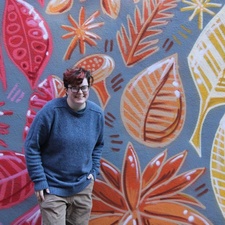 Other Words for Home by Jasmine Warga
20 highlights
My feet sink into the sand and I realize I do not want things to change. I want things to go back to the way they were, which I guess is another sort of changing, but it is not what Issa is talking about.
16 Aug 20 · Flag
Tionne
OMG i just won this book off of Insta I haven't had time to read it yet, but it looks so good!

“In hindsight, I was such a fool to have assumed Qieluo would stand by me just because she’s also female.
It was my grandmother who crushed my feet in half.
It was my mother who encouraged me and Big Sister to offer ourselves up as concubines so our brother could afford a future bride.
It was always the village aunties who’d sit around gossiping about which girl hadn’t been married off yet, despite complaining nonstop about their own husbands. And then they’d congratulate new mothers for being “blessed” to have a boy, despite being female themselves.”
― Xiran Jay Zhao, Iron Widow

“If my life looks solid to everyone around me, then maybe it isn’t actually falling apart under my feet.”
― Z.R. Ellor, May the Best Man Win
0 likes

“I kept telling myself Sol was weak, nerdy, uncool to let their gender define them, limit them in what they can and can’t do. But both of us were just showing Cresswell the side of us we thought would help our queer asses best survive this mess. I’ve underestimated how much we’re alike when they really let go. I’ve never connected to a friend like this, aside from Lukas, because they’re the first friend I’ve ever made as myself.”
― Z.R. Ellor, May the Best Man Win
0 likes

“The maze of students closes tight around me—I can’t see over all the assholes around me who have the nerve to be tall.”
― Z.R. Ellor, May the Best Man Win
0 likes

Anna-Marie McLemore
author of: When the Moon Was Ours

V.E. Schwab
author of: The Invisible Life of Addie LaRue