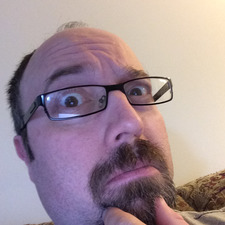 Matt Thomas is currently reading
The Image of Librarians in Cinema, 1917-1999
by Ray Tevis
bookshelves: currently-reading

See all 4 books that Matt is reading…

“When the late Pope John Paul II decided to place the woman so strangely known as “Mother” Teresa on the fast track for beatification, and thus to qualify her for eventual sainthood, the Vatican felt obliged to solicit my testimony and I thus spent several hours in a closed hearing room with a priest, a deacon, and a monsignor, no doubt making their day as I told off, as from a rosary, the frightful faults and crimes of the departed fanatic. In the course of this, I discovered that the pope during his tenure had surreptitiously abolished the famous office of “Devil’s Advocate,” in order to fast‐track still more of his many candidates for canonization. I can thus claim to be the only living person to have represented the Devil pro bono.”
― Christopher Hitchens, Hitch 22: A Memoir
tags: atheism, beatification, canonisation, deacons, devil, devil-s-advocate, fanatacism, monsignors, mother-teresa, pope, pope-john-paul-ii, priests, pro-bono, religion, sainthood, satan, testimony, vatican
104 likes

“It is often said, inside the Church and out of it, that there is something grotesque about lectures on the sexual life when delivered by those who have shunned it. Given the way that the Church forbids women to preach, this point is usually made about men. But given how much this Church allows the fanatical Mother Teresa to preach, it might be added that the call to go forth and multiply, and to take no thought for the morrow, sounds grotesque when uttered by an elderly virgin whose chief claim to reverence is that she ministers to the inevitable losers in this very lottery.”
― Christopher Hitchens, The Missionary Position: Mother Teresa in Theory and Practice
tags: celibacy, church, mother-teresa, sexual-life
18 likes

“My silences had not protected me. Your silence will not protect you. But for every real word spoken, for every attempt I had ever made to speak those truths for which I am still seeking, I had made contact with other women while we examined the words to fit a world in which we all believed, bridging our differences.”
― Audre Lorde, The Cancer Journals
tags: cancer, differences, feminism, illness, silence, speaking-out, truth, women, words
227 likes

“Blessed is the man who, having nothing to say, abstains from giving us wordy evidence of the fact.”
― George Eliot, Impressions of Theophrastus Such
tags: loquacity, remaining-silent, silence
1682 likes