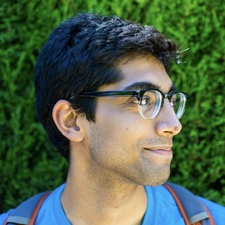 This will prevent Abhimat from sending you messages, friend request or from viewing your profile. They will not be notified. Comments on discussion boards from them will be hidden by default.
Sign in to Goodreads to learn more about Abhimat.

Abhimat is currently reading
The Warmth of Other Suns: the Epic Story of America's Great Migration
by Isabel Wilkerson (Goodreads Author)
bookshelves: currently-reading

“As the outsider, you can retreat into a shell, be anonymous, be invisible. Or you can go the other way. You protect yourself by opening up. You don’t ask to be accepted for everything you are, just the one part of yourself that you’re willing to share.”
― Trevor Noah, Born a Crime: Stories From a South African Childhood
2 likes

“I am constantly reminding myself that the goal of protest is progress, not simply more protest. Protest, though not the solution, is a precursor to the solution. It creates space that would otherwise not exist, and forces conversations and topics that have been long ignored into the public sphere. It illuminates what our country would rather forget. Protest remains necessary in a country with such ingrained systemic inequity and in which the traditional mechanisms of power have not often benefited marginalized communities without direct pressure.”
― DeRay Mckesson, On the Other Side of Freedom: The Case for Hope
1 likes

“Nelson Mandela once said, “If you talk to a man in a language he understands, that goes to his head. If you talk to him in his language, that goes to his heart.” He was so right. When you make the effort to speak someone else’s language, even if it’s just basic phrases here and there, you are saying to them, “I understand that you have a culture and identity that exists beyond me. I see you as a human being.”
― Trevor Noah, Born a Crime: Stories from a South African Childhood
1 likes

“The hood made me realize that crime succeeds because crime does the one thing the government doesn’t do: crime cares. Crime is grassroots. Crime looks for the young kids who need support and a lifting hand. Crime offers internship programs and summer jobs and opportunities for advancement. Crime gets involved in the community. Crime doesn’t discriminate.”
― Trevor Noah, Born a Crime: Stories from a South African Childhood
2 likes

“I often meet people in the West who insist that the Holocaust was the worst atrocity in human history, without question. Yes, it was horrific. But I often wonder, with African atrocities like in the Congo, how horrific were they? The thing Africans don’t have that Jewish people do have is documentation. The Nazis kept meticulous records, took pictures, made films. And that’s really what it comes down to. Holocaust victims count because Hitler counted them. Six million people killed. We can all look at that number and rightly be horrified. But when you read through the history of atrocities against Africans, there are no numbers, only guesses. It’s harder to be horrified by a guess. When Portugal and Belgium were plundering Angola and the Congo, they weren’t counting the black people they slaughtered. How many black people died harvesting rubber in the Congo? In the gold and diamond mines of the Transvaal? So in Europe and America, yes, Hitler is the Greatest”
― Trevor Noah, Born a Crime: Stories from a South African Childhood
30 likes

Polls voted on by Abhimat