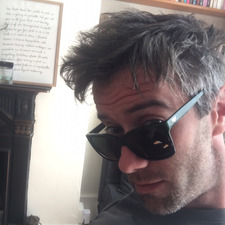 See all 4 books that Ben is reading…

“[Israel's military occupation is] in gross violation of international law and has been from the outset. And that much, at least, is fully recognized, even by the United States, which has overwhelming and, as I said, unilateral responsibility for these crimes. So George Bush No. 1, when he was the U.N. ambassador, back in 1971, he officially reiterated Washington's condemnation of Israel's actions in the occupied territories. He happened to be referring specifically to occupied Jerusalem. In his words, actions in violation of the provisions of international law governing the obligations of an occupying power, namely Israel. He criticized Israel's failure "to acknowledge its obligations under the Fourth Geneva Convention as well as its actions which are contrary to the letter and spirit of this Convention." [...] However, by that time, late 1971, a divergence was developing, between official policy and practice. The fact of the matter is that by then, by late 1971, the United States was already providing the means to implement the violations that Ambassador Bush deplored. [...] on December 5th [2001], there had been an important international conference, called in Switzerland, on the 4th Geneva Convention. Switzerland is the state that's responsible for monitoring and controlling the implementation of them. The European Union all attended, even Britain, which is virtually a U.S. attack dog these days. They attended. A hundred and fourteen countries all together, the parties to the Geneva Convention. They had an official declaration, which condemned the settlements in the occupied territories as illegal, urged Israel to end its breaches of the Geneva Convention, some "grave breaches," including willful killing, torture, unlawful deportation, unlawful depriving of the rights of fair and regular trial, extensive destruction and appropriation of property not justified by military necessity and carried out unlawfully and wantonly. Grave breaches of the Geneva Convention, that's a serious term, that means serious war crimes. The United States is one of the high contracting parties to the Geneva Convention, therefore it is obligated, by its domestic law and highest commitments, to prosecute the perpetrators of grave breaches of the conventions. That includes its own leaders. Until the United States prosecutes its own leaders, it is guilty of grave breaches of the Geneva Convention, that means war crimes. And it's worth remembering the context. It is not any old convention. These are the conventions established to criminalize the practices of the Nazis, right after the Second World War. What was the U.S. reaction to the meeting in Geneva? The U.S. boycotted the meeting [..] and that has the usual consequence, it means the meeting is null and void, silence in the media.”
― Noam Chomsky
tags: human-rights, oppression, palestine
26 likes

“Like every writer, he measured other men's virtues by what they had accomplished, yet asked that other men measure him by what he planned someday to do.”
― Jorge Luis Borges, Collected Fictions
4 likes

“He never sleeps, the judge. He is dancing, dancing. He says that he will never die.”
― Cormac McCarthy, Blood Meridian, or the Evening Redness in the West
tags: death, haunting, literature
116 likes

Graham Greene
author of: The End of the Affair