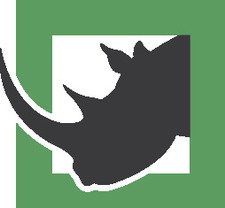 This will prevent PoachingFacts from sending you messages, friend request or from viewing your profile. They will not be notified. Comments on discussion boards from them will be hidden by default.
Sign in to Goodreads to learn more about PoachingFacts.

“A nation that destroys its soils destroys itself. Forests are the lungs of our land, purifying the air and giving fresh strength to our people. ”
― Franklin D. Roosevelt
tags: ecology, environment, trees
342 likes

“Be the change that you wish to see in the world.”
― Mahatma Gandhi
tags: action, change, inspirational, philosophy, wish
106586 likes

“….So much crueller than any British colony, they say, so much more brutal towards the local Africans, so much more manipulative after begrudgingly granting independence. But the history of British colonialism in Africa, from Sierra Leone to Zimbabwe, Kenya to Botswana and else-where, is not fundamentally different from what Belgium did in the Congo. You can argue about degree, but both systems were predicated on the same assumption: that white outsiders knew best and Africans were to be treated not as partners, but as underlings. What the British did in Kenya to suppress the pro-independence mau-mau uprising in the 1950s, using murder, torture and mass imprisonment, was no more excusable than the mass arrests and political assassinations committed by Belgium when it was trying to cling on to the Congo. And the outside world's tolerance of a dictator in the Congo like Mobutu, whose corruption and venality were overlooked for strategic expedience, was no different from what happened in Zimbabwe, where the dictator Robert Mugabe was allowed to run his country and its people into the ground because Western powers gullibly accepted the way he presented himself as the only leader able to guarantee stability and an end to civil strife. Those sniffy British colonial types might not like to admit it, but the Congo represents the quintessence of the entire continent’s colonial experience. It might be extreme and it might be shocking, but what happened in the Congo is nothing but colonialism in its purest, basest form.”
― Tim Butcher, Blood River: A Journey to Africa's Broken Heart
21 likes

“I learned that courage was not the absence of fear, but the triumph over it. The brave man is not he who does not feel afraid, but he who conquers that fear.”
― Nelson Mandela
tags: bravery, courage, fear
2692 likes

Virginia Morell
author of: Animal Wise: The Thoughts and Emotions of Our Fellow Creatures

Esmond Bradley Martin
author of: Cargoes of the East: The Ports, Trade, and Culture of the Arabian Seas and We...
More…

Polls voted on by PoachingFacts