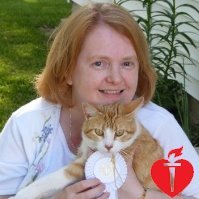 This will prevent Robin from sending you messages, friend request or from viewing your profile. They will not be notified. Comments on discussion boards from them will be hidden by default.
Sign in to Goodreads to learn more about Robin.

“A good book is an event in my life.”
― Stendhal, The Red and the Black
tags: books, literature, reading
3397 likes

“Friendship is a simple thing, and yet complicated; friendship is on the surface, something natural, something taken for granted, and yet underneath one could find worlds.”
― Jamaica Kincaid
tags: jamaica-kincaid, lucy
1689 likes

“We are made of stardust; why not take a few moments to look up at the family album?”
― Natalie Angier, The Canon: A Whirligig Tour of the Beautiful Basics of Science
1506 likes

“Somewhere along the line, it occurred to him that he hadn't spoken to Virgil Flowers. He'd probably taken the day off, and knowing Flowers, he'd done it in a boat. The thing about Flowers was, in Lucas's humble opinion, you could send him out for a loaf of bread and he'd find an illegal bread cartel smuggling in heroin-saturated wheat from Afghanistan. Either that, or he'd be fishing in a muskie tournament, on government time. You had to keep an eye on him.”
― John Sandford, Stolen Prey
20 likes

“Time passes, but sometimes it beats the shit out of you as it goes.”
― John Sandford, Easy Prey
28 likes

Polls voted on by Robin