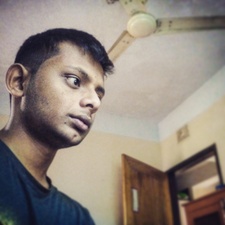 This will prevent S.j. from sending you messages, friend request or from viewing your profile. They will not be notified. Comments on discussion boards from them will be hidden by default.
Sign in to Goodreads to learn more about S.j..

“This planet has - or rather had - a problem, which was this: most of the people living on it were unhappy for pretty much of the time. Many solutions were suggested for this problem, but most of these were largely concerned with the movement of small green pieces of paper, which was odd because on the whole it wasn't the small green pieces of paper that were unhappy.”
― Douglas Adams, The Hitchhiker's Guide to the Galaxy
tags: happiness, money
1305 likes

“Would it save you a lot of time if I just gave up and went mad now?”
― Douglas Adams, The Hitchhiker's Guide to the Galaxy
tags: british, humor, science-fiction, social-commentary, thumb, towel
3415 likes

“Curiously enough, the only thing that went through the mind of the bowl of petunias as it fell was Oh no, not again. Many people have speculated that if we knew exactly why the bowl of petunias had thought that we would know a lot more about the nature of the Universe than we do now.”
― Douglas Adams, The Hitchhiker's Guide to the Galaxy
tags: humor
419 likes

“All Birds find shelter during a rain.
But Eagle avoids rain by flying above
the Clouds.

Books you gotta read being a Bengali!

Polls voted on by S.j.