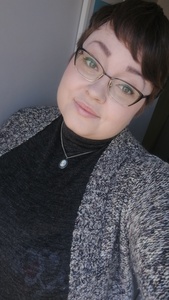 “Real life was something happening in her peripheral vision.”
― Rainbow Rowell, Fangirl
1440 likes

“She was tired of being the one who cried.”
― Rainbow Rowell, Fangirl
tags: feelings
167 likes

“I'd rather pour myself into a world I love and understand than try to make something up out of nothing.”
― Rainbow Rowell, Fangirl
245 likes

BookTube 2018! — 9517 members — last activity 3 hours, 31 min ago
For those of us who love GoodReads AND YouTube! Do you review novels on YouTube? Come join the group!
More of Rachel’s groups…

Jordan Dane
author of: In the Arms of Stone Angels