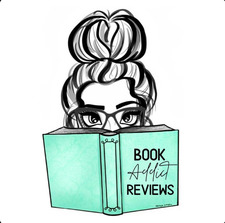 Inked Armor (Clipped Wings, #2) by Helena Hunting
2 highlights
She’d found a way between the cracks in my armor and blew it apart. I wanted to have the same effect on her.
Zita liked this
See Amy [Book Addict Reviews]’s 6 books with notes and highlights…

“Chicks before dicks, and all that.”
― Sylvia Day, Bared to You
tags: friendship, humor
113 likes

And that was the biggest load of crap that I’d ever been taught in school.

Truth was, time did fluctuate. It was easy to lose hours or even days in a blink of an eye. Other times, it was a struggle to get through a mere hour. It ebbed and flowed as relentlessly as the
tides, and just as powerfully too. The moments that you wanted to last forever were the ones that were washed away all too soon. The moments that you wanted to speed up, were slowed down to a snail’s pace.
That was the truth of the matter.”
― S.C. Stephens, Effortless

May 2021 Most Anticipated Romance Releases